The main protagonist, a third year middle schooler who's got no idea what he wants to do with his life—until a certain demon appears in his life, with the aim of making him be a true chef, whether he likes it or not.

Satoru (after some studying shenanigans): "ARRRRRGH! I'M NOT STUPID!"
Narration: Blood type A: Scary when Angry 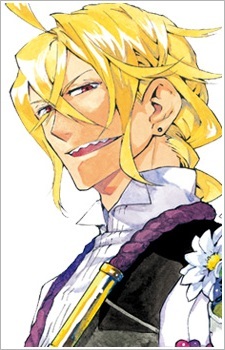 "Disgusting. When will I get to eat a genuine soul?"

The Earl of Poor Eating, a demon that loves food and wants to eat the soul of a true chef. He approaches Satoru with the intention of grooming him into a true chef whose soul he can eat after his death. 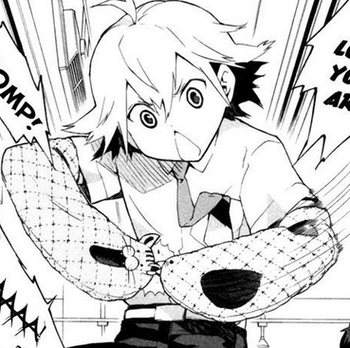 "Normal soufflés are boring. Can we make a completely new soufflé?"

A talented and eccentric student of the cooking department with more than a few behavioral issues but talent enough to be considered the best the department has to offer. 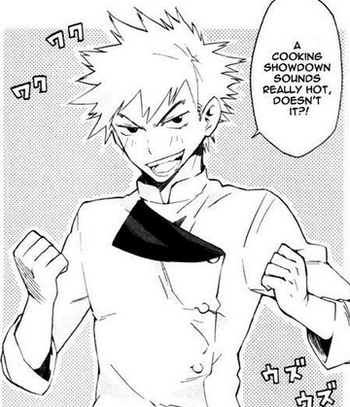 A student from the first year of Shokusen. An intense young man with no particular specialty when it comes to food, but gravitates towards meat dishes. 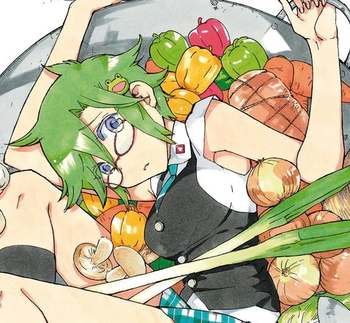 "My father's cooking wouldn't lose to any other form of cooking... I came here because I wanted to prove that."

A shy and sweet girl, daughter of the owner of a Chinese restaurant, she always holds a huge wok and hides behind it when she feels threatened, which is almost all the time. Her specialty is making fried rice in her wok. 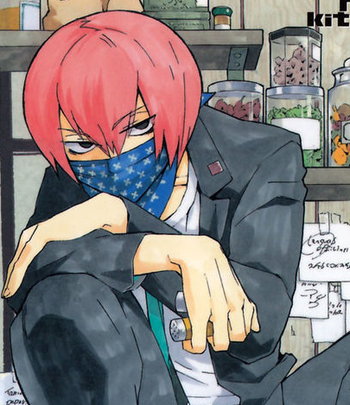 A strange and eccentric man that believes spices can rule over cooking. He has an extremely developed nose, capable of smelling things and using spices to a whole new level. His specialty are dishes heavy on spices, such as curry.

* Secret Keeper: Learns that Dogma is a demon who's been possessing Satoru during the Battle of Five Senses Arc.
Minami Sagane

"You're as beautiful as ever... Hercules!"

A cheerful and romantic girl who is obsessed with knives, and has a crush on Satoru. She has over 200 different knives that she has the skills and knowledge to use in her cooking, and her knifework is impeccable—both in and out of the kitchen. Her speciality is decorative carving, such as character bentos. 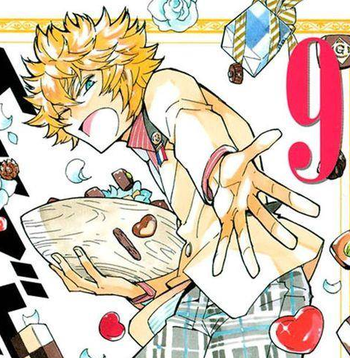 "There isn't a girl who can eat my chocolate and not be enamored with me!!"

The rich son of the Golgotha family, a rich family of candy suppliers. His specialty is in making sweets, which he excels at. He loves women and tries to gather a group to be part of his personal troupe. 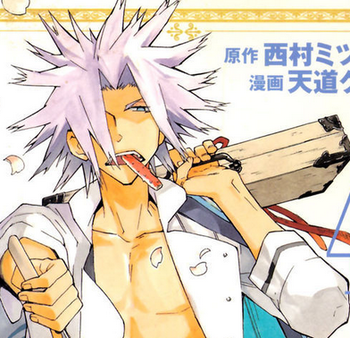 "Of all the professionals, we cook are the top dogs. Folks wouldn't die if there weren't no sports or music, but if there was no food, everyone will die, y'know?"

A 2nd year known for his ruthless and harsh behavior towards all other chefs and being very selective of the people he allows to contract him, but known for being able to create dishes that can make all his clients feel better by using medicinal principles of Chinese philosophies, which is his specialty.

A high-strung 1st year from Sanuki, Shikoku Island, who blusters mean words in an attempt to hide his insecurities. He mellows out when it comes to Udon, which he considers his soul food, and his specialty.

"Oh no! I ate someone else's bread again!"

A cheerful 1st year girl who has nothing but bread on the brain, to the point where her nickname is Bread Crazy. She specialises in baking bread.

Trademark Favorite Food: Bread, apt for someone with the moniker of 'Bread Crazy'. She sniffed flour during the first day of school, and She has a reputation for stealing other students bread to eat. Cemented in her first appearance, where she's being scolded for breaking plates that was being baked in an oven so that she could make bread.
Utsurogi Mongo

"Takamachi is a bridge that connects our shore to your shore. So let's stop the fighting and have some fun~"

A mischievous teenager with a theatrical flair who specialises in B-class cuisine, mostly street-stalls. He's the third son of the Utsurogi group, a Yakuza organisation stationed in the Kantou Region's Kyoto Parliament, and is the leader of Urameshi, a group that runs festival stalls. He's never seen without a festival mask. Joins Shokusen as a First Year student after the Festival Battle.

Member of Dragunov's team responsible for texture. A small, young and depressed girl constantly accomapnied by a strange being.

The Dean of the cooking department an intense woman with strong beliefs about what's needed to be a chef.
Sakaki Hajime

A stern but well meaning teacher of the Cooking Department.
Kuga Masumi

The Confectionary Head of the Cooking department.

The Dean of the Agriculture Department.