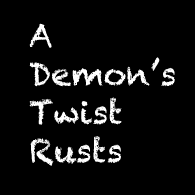 Characters who play important roles in the story, but do not belong in any of the above categories. 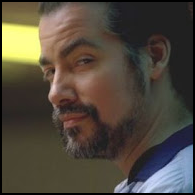 "In case of emergency, break glass."

"You're giving up? I tell you he met a girl and moved away, and you're just gonna give up?"

An enigmatic bowling alley owner and acquaintance of Nina Sharp. He helped rehabilitate Olivia so she could regain her ability to walk after her initial universe jump, and the two quickly established a friendship. He is, however, one of the most enigmatic characters in the series and no one knows who he truly is, or what side he's playing for - if any.

It is revealed in "The Last Sam Weiss" that he is in fact, the seventh in a long line of "Sam Weisses", who have all been keepers of the knowledge found in an ancient manuscript left behind by the First People. 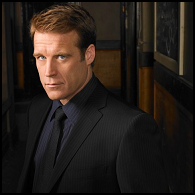 "Department is not a massive fan of office romance. The policy seminar was endless, wasn't it? Kept finding myself staring at you, I decided to move my chair to stop."

An FBI special agent who was for a time Olivia's partner and lover. However, during the pilot episode incident, he is killed, and seemingly mistaken for a traitor and double agent.

A good deal of the first season was focused surrounding the mystery behind his death, and who he was truly working for. In truth, he was an NSA agent who was infiltrating ZFT. 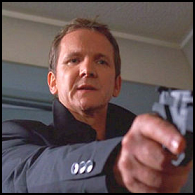 "You're in over your head. You're not fully committed to this task, and because of that, you will fail."

Leader of the Shape Shifters, and primary villain of Season 2. During Olivia's first meeting with William Bell, she was warned about Newton and was instructed to stop his revival, but ultimately failed.

He later begins assembling a force of Shape Shifters in an effort to recover pieces of Walter's brain to re-construct a portal between the worlds, and in Season 3 was seen to be assisting Fauxlivia with her mission, much to his dismay. He committed suicide after he was caught by Peter, so as not to reveal any information.

The Man In The X T-Shirt

The Man in the X T-Shirt 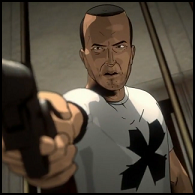 A mysterious individual whom Peter, Walter and Bell ran into on board a zeppelin within Olivia's mind. Unlike her other mental projections, this man apparently had a sense of self as well as awareness of what was going on; compared to her other mental manifestations who just kill everything in sight, he was much more focused on just escaping the zeppelin.

Later, when Olivia recovered - albeit not remembering most of what happened, this man's image invaded her mind. She claimed she had no idea who he is and never met him before, but said that "I think that he's the man who's gonna kill me."

The two-part Season 4 finale reveals that the X symbol is actually William Bell's signature, meaning that this man was some sort of entity who was inhabiting Bell's mind, not Olivia's. Who or what he still is, or his true connection to William Bell, is unclear. 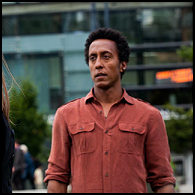 "I mean, sometimes you just got to believe what you can't see."

"Look, I'm not trying to ruffle any feathers here, guys. There's some things a guy like me shouldn't know about. I get it. But you start hearing things about some other universe ... it's hard to ignore."

An ordinary taxi driver in the alternate universe. Despite thinking Olivia was crazy at first, he ends up becoming one of the few allies she had Over There. Ever since meeting her, he's unwittingly become involved with the war between the two universes - and oblivious to just how much of an impact his actions will evoke for things to come. 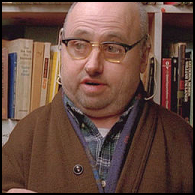 "Five dollars - I can name at least one item on your night stand, Olivia Dunham."

The owner of a shady used bookstore, Markham is one of in a long line of Peter's "contacts". He first revealed the existence of Seamus Wiles' "The First People" to the Fringe Division, in exchange for "protection." 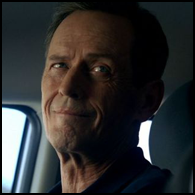 "The enemy is among us and nobody's doing anything about it."

"We don't know who they are. But I can tell you what they want. They want to exterminate us."

A ruthless former Army colonel, he was a steadfast supporter of Project Tin Man. The project was initially developed to treat soldiers afflicted with nerve agents, but had an interesting sideffect of also turning them into human bombs. Gordon had a fast interest in the human bomb part, so he fought to keep the project alive but ultimately failed. Following that, he went AWOL and was considered a traitor.

He was also completely right about the Observers. Twenty years before the Occupation. 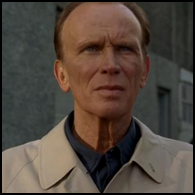 "Walter, God is science. God is polio and flu vaccines and M.R.I. machines, and artificial hearts. If you are a man of science, then that's the only faith we need."

"You and I both know there are certain things we take for granted — the laws of nature for example — that are not necessarily binding. There are places on this Earth where two plus two most definitely does not equal four."

A brilliant mathematician and theoretical astrophysicist who is considered to be even ahead of Walter's time. Making use of a Faraday cage meshed with his own body, he repeatedly traveled through time (and inadvertently kept killing the same people in a train over and over) to rescue his wife from a car crash. The attempt ended in both of their lives, but his actions and compassion towards Walter came to shape the man for the rest of his life. 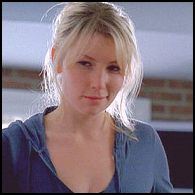 "Some new horrifying event you're not allowed to tell me about?"

Olivia's sister and Ella's mother. She came to temporarily live with Olivia after some troubles occurred regarding her marriage. 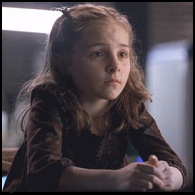 "They put something dead inside you. Dead! Into your blood. Gruesome!""

"Are you kidding? That's not a proper ending. Don't you know? All good stories start with 'once upon a time', and they end with 'happily ever after'. You don't know how to tell stories."

Rachel's daughter. She came to live with her mother at Olivia's place for a while after Rachel's marriage turned sour. She's developed something of a bond with Olivia, and to an extent, Peter and Walter.

"It's not that I don't appreciate petulance, Mr. Bishop, but the sooner you cooperate..."

An FBI Special Agent assigned to investigate a mysterious auto crash in Manhattan, and who takes a special interest in the Fringe Division.