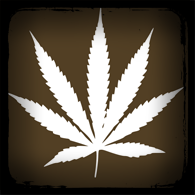 Fringe is a television series that features an Erudite Stoner who doubles as a Mad Scientist as one of the main characters. As such, things are bound to get trippy at some point, and at least one episode will focus on that.

"Brown Betty" is that episode. This is a fairy tale world created by a grief stricken and extremely stoned Walter as a means of both coping with Peter leaving Fringe Division due to Walter's lie, as well as story time while watching over Ella with Astrid as both Olivia and Rachel are away. The episode is titled after Walter's own marijuana cocktail (a blend of Chronic Supernova and Afghani Kush), Brown Betty. The episode is also significant in that it practically featured the entire cast (regular and special guest stars) at that point in time in a generally standalone episode.

And it goes without saying...these characters are not canon. 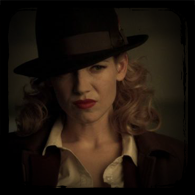 "Do yourself a favor. Go home."

"You know, most times when someone comes in here worried that their sweetheart's gone missing, or worse... by the time they find out what I usually find out, they wind up wishing he really were dead."

A savvy female private detective who has cracked every case in her career except one - how to mend a broken heart. She decides to take up the last case from her latest client, Rachel, in finding her con man boyfriend Peter and ends up getting embroiled in a conspiracy. 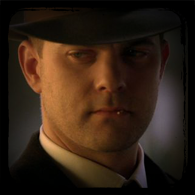 "I heard you were looking for me."

"Miles, Duke, Louis, John Coltrane... you can tell a lot about a person from the music they listen to. And whether or not they dance."

A dangerous and ruthless Con Man, and the adoptive son of Dr. Bishop. For some reason, he was born with a magical glass heart - the same glass heart Dr. Bishop wants and wishes to claim for himself. 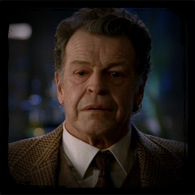 "Why not bring a little life to the dead I say."

"I have spent my life making things that bring joy and happiness, to make the world a better place. Bubble Gum was one of my first. Ah. Flannel Pajamas. Oh, Rainbows. And my latest project, Singing Corpses."

A scientist, and inventor of all things wonderful! In truth, he is a sickly, greedy horrible man who steals the dreams of children and replaces them with nightmares, then profits of it all. To continue living, he needs Peter's glass heart. 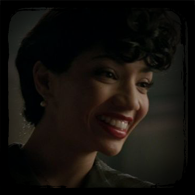 "You should know what you're getting into, Miss Dunham. "

Detective Dunham's sidekick. Due to Dunham quitting, she's been job hunting. She helps her out with one last case, though.

FYI: Her real name is most definitely not "Esther Figglesworth"... But alas, this is in Walter's head... 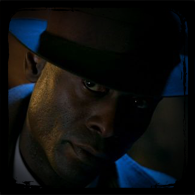 "But one thing we both know, Dunham -- death seems to follow you around."

"Keep nosing around, and you and your interest can spend some time downtown as a guest of The State."

A police detective who shares a past with Dunham, who also moonlights as a jazz club pianist and singer. Helps out with the case. 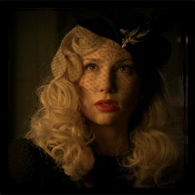 "I'd like to hire you. My boyfriend, he's gone missing. "

"We met only a few weeks ago, but... it was love at first sight. You probably don't believe something like that exists. But I assure you - it does."

An actress whose real name was "Kelsey." She fell in love with Peter at first sight (he was assumed to have been conning her), but after he disappeared, she assumed he was kidnapped by a gangster he owed money to, Big Eddie. After hiring Detective Dunham to find him, she was apparently killed by the Watchers and had her heart cut out. 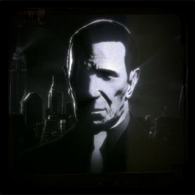 "By utilizing the heart's power, we'll be able to create a stable door between universes."

The CEO of Massive Dynamic who apparently went missing, but is actually hiding in an alternative universe. He seeks the glass heart as a stable power source to fuel a door between universes, and uses both Nina Sharp and Mr. Gemini and his Watchers to achieve his ends. 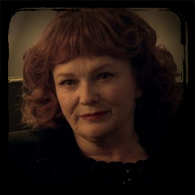 "Miss Dunham. You should proceed with caution."

"I see. I suppose I should feel sorry for you, Miss Dunham. None of these should've been your concerns. The truth is I did everything I could to protect you. I warned you to stay away from this, but you didn't listen. Now you've given me no choice."

William Bell's dragon. She tries to protect Dunham from the awful truth by showing her what a dangerous man Peter Bishop is, but once Dunham gets too close she shows her true colors, and along with Mr. Gemini tries to drown her. 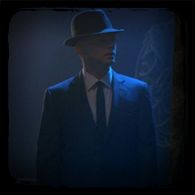 "Drop what you're investigating."

"Don't stick your heart out where it doesn't belong." 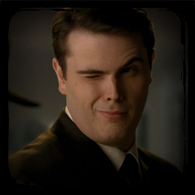 "Boy, I wish I could work somewhere like that. Big outfit, all kinds of spy stuff."

"Pretty cool little device, if I recall. Was patented by this whiz-bang tech company out of Manhattan."

A regular guy who works at the police desk and helps out Dunham.