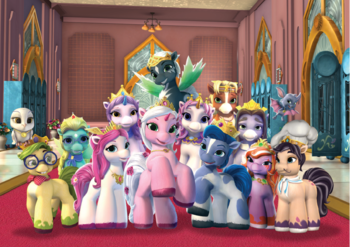 And that's not even scratching the surface.
Filly Funtasia has a lineup of colorful characters.

This page is still under construction. 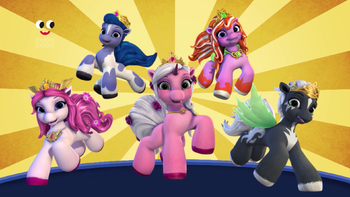 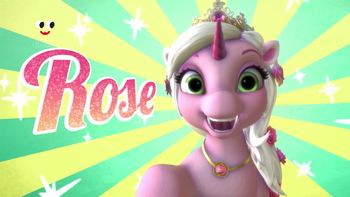 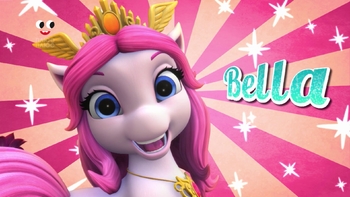 Isabella, or Bella for short. Is an Elf Filly and one of Rose's two roommates at the Royal Magic Academy. 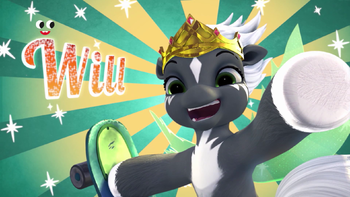 Willow, or Will for short, is a black-colored Fairy filly and one of the two guys. A wild and daring Filly who likes pulling tricks and pranks.
Cedric 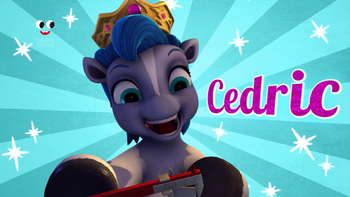 The other guy of the Filly Five and Will's roommate, Cedric is plain-looking compared to the other Fillies, but he stands out more due to his high intelligence.
Lynn 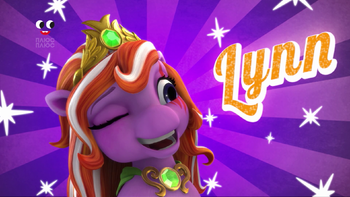 Lynn is a Witchy Filly, and the other of Rose's two roommates alongside Bella. A little rough around the edges, but she's still a good Filly. 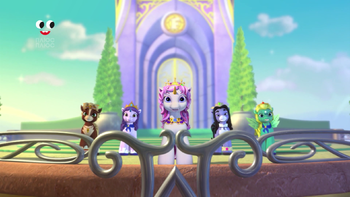 From left to right: Coach, Ashia, Princess Sparkle, Florian, and Twilight. Not pictured: Antares, Thori, and Cooking Pot.
These are the teachers of the Royal Magic Academy. They all teach different subjects.
Princess Sparkle
Princess Sparkle (or Miss Sparkle by her students) principal of the Royal Magic Academy in Funtasia.
Twilight
Florian
Ashia
Ashia teaches about potions.
Coach
"Coach" (real name unknown) is the PE teacher.
Antares
Antares is the astronomy teacher.
Thori
Will's uncle who teaches geography.
Cooking Pot
The chef. 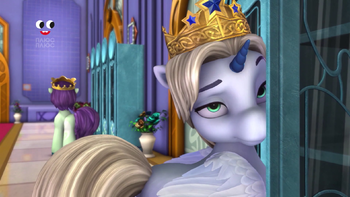 A pair of fraternal twins who enjoy pranks, and in particular target Will. While not truly wicked, they are the most unpleasant of the fillies seen.

Wranglum
Once a ruler of subterranean creatures called Grounders, The Wizard of the Dark Mirror lurks in the shadows of the school. With his henchman Battiwigs, Wranglum looks to pounce on an opportunity to steal all the magic in Funtasia.
Battiwigs
Wranglum's henchbat helps the Big Bad out in his plans, as well as conveniently carrying him around.

A dragon who inhabits the volcano on the floating continent Funtasia is located on and a former ally of Wranglum.