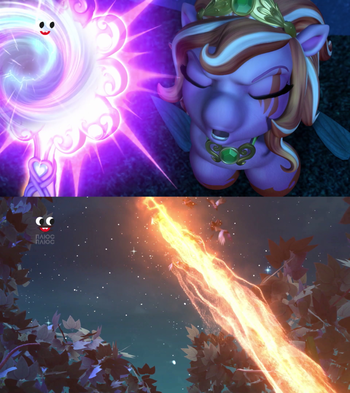 "Crystal mirror, WIPE OUT!"note A bunch of birds caused Rose to fall down a cave. Do NOT mess with Lynn's friends.