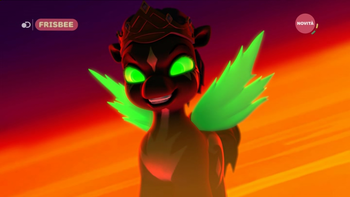 "Bella... I'll get you Bella, wherever you are hiding."

Even a show about multicolored horses attending an academy can be pretty frightening at times.