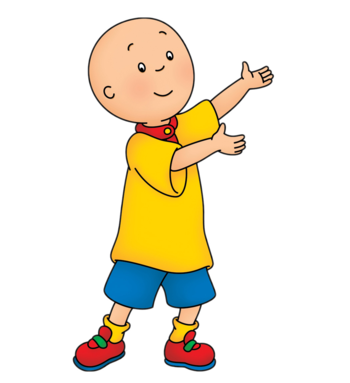 Meet Caillou, He's cute and funny at the same time. Caillou is a 4-year (3 in some season one episodes) old boy, and the main character and main protagonist of his TV series. His interests include cars and dinosaurs. 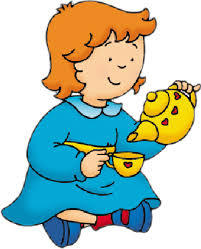 Meet Caillou’s little sister, Rosie! At 2 years old, Rosie is a giggly little girl who loves to play tricks on her big brother. She also loves playing with Caillou who helps her navigate the big world ahead of her. 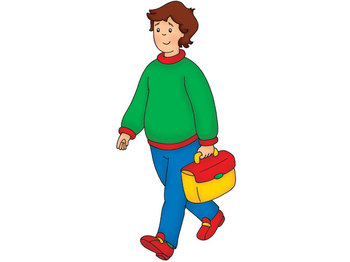 Meet Caillou’s Dad, Boris! Caillou loves to help his dad fix things around the house or have fun at the park. Caillou can always count on his dad to be goofy while learning important life lessons. 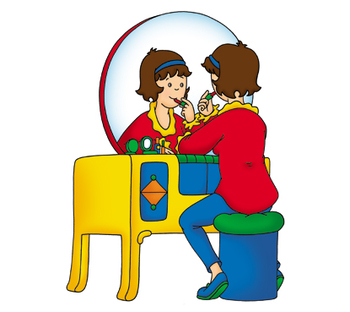 Meet Caillou’s Mom, Doris! Although some know her in the workplace as Doris, she’s known as Mommy in Caillou’s household. Caillou loves to help his Mommy with grocery shopping and running errands – they even love to bake and do arts and crafts together!

Rexy
Caillou’s toy dinosaur, who is curious about everything and is full of energy.
Teddy
Caillou’s Teddy Bear, who used to belong to his daddy. Teddy loves to hug and play with his best pals, Rexy and Gilbert.
Advertisement:
Gilbert 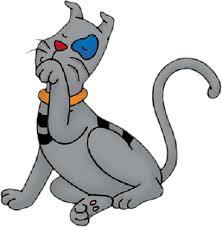 Meet Caillou’s cat Gilbert! Gilbert likes playing Hide n Seek or Dinosaur Hunter, but most of all he loves curling up with Caillou and Rosie at naptime! He also loves to teach Rexy new things and write poems in his spare time. 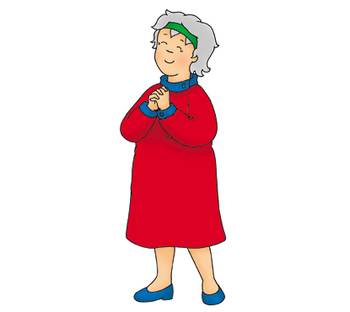 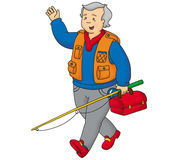 Meet Caillou’s Grandpa! Grandpa always takes Caillou on fun adventures – like fishing, riding the bus through town and camping! He is Caillou’s Daddy’s father and loves telling Caillou stories about his dad when he was little. 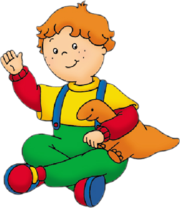 Meet Caillou’s Best Friend, Leo! Ever since Caillou met Leo in Day Care, these two mischief makers have been inseparable and always know how to have a good time – whether they are relocating the sandbox by hand or pretending to be dinosaurs! 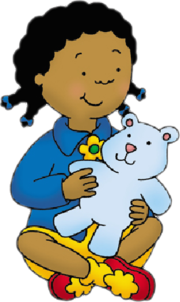 Meet Clementine! A tomboy at heart, Clementine loves exploring the outdoors and especially loves finding insects! Fueled in part by her older brother Billy, Clementine is fearless and often encourages Caillou to take on ever-greater challenges, such as climbing to the top of the big kids slide.

Sarah is six-year-old and knows so many neat things, like what it feels like to lose your front teeth! Confident and capable, Sarah teaches Caillou about the wonders of reading and writing and often shows Caillou things he’s never seen before – like chopsticks and the inside of the big kids’ school! 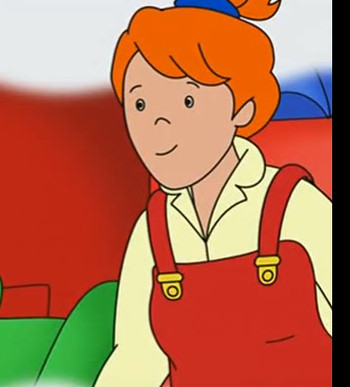 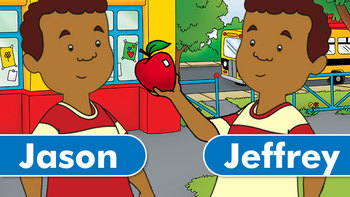 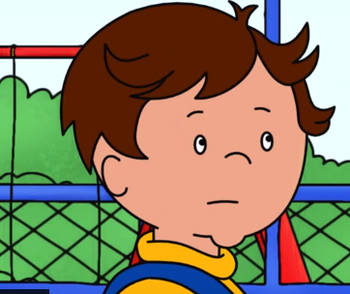 Caillou's classmate that first shows up in season 3
Emma 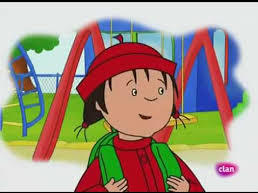 Emma is a pretty little girl in Caillou's playschool class. She and Xavier are the newest major characters on the show, both appearing at the beginning of season 3. Caillou doesn't know Emma and Xavier that well compared to the other kids in his playschool class. She always wears red jacket with a white shirt with a picture of a horse under it. She has a father as seen in "Captain Caillou" and "Rasberry Ruckus". She has diabetes (likely Type 1) as revealed in "Emma's Extra Snacks."
Andre 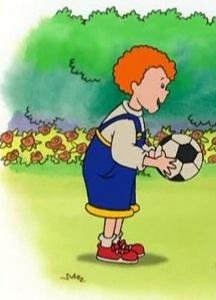 Andre is one of Caillou's older friends. He is 6 years old and has orange hair. Andre enjoys playing soccer and riding his bike.
Clementine's Mommy

The mother of Clementine and Billy.
Billy 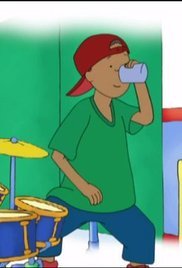 Billy is Clementine's older brother. He occasionally appears in episodes with Clementine. Billy's age isn't known, but he appears to be at least 12 years old. One of his hobbies is playing the drums.
Julie 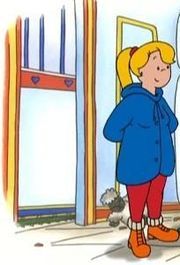 Julie is Caillou's babysitter. She is around 15 years old. Julie likes playing with Caillou and Rosie.
Robbie 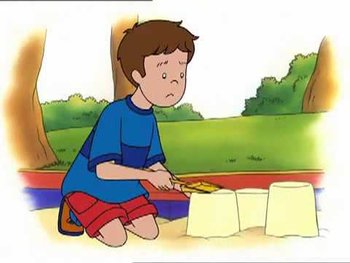 Robbie is a deaf boy in Caillou Meets Robbie. At first, he and Caillou don't like each other, then they become friends later. He is around 6 years old.
Andy

Andy is a kid who attends Caillou's playschool. He is confirmed to have autism in "Caillou and the Fire Alarm", and likes to draw. He doesn't like loud noises and doesn't seem to like doing things the other kids do. Andy also tends to keep to himself and be isolated from the other children. Caillou tried to befriend him but Andy was reluctant at first. Caillou kept trying but it was hard. Finally, Caillou and Andy became friends after Caillou started doing things Andy liked to do.