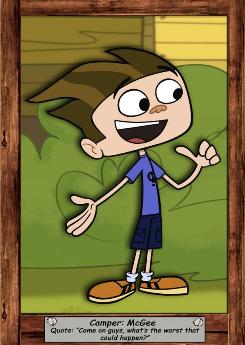 The protagonist. A reckless and enthusiastic 12-year-old thrill-seeker who views Camp Lakebottom as a place of fun and adventure. 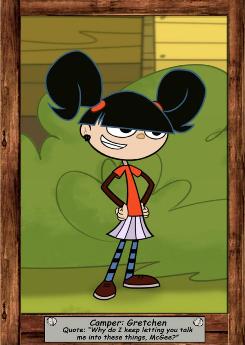 One of McGee's two best friends. A sardonic girl who is more than capable on taking the various horrors Camp Lakebottom has to offer. 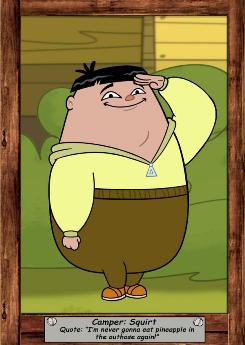 The other best friend of McGee. A chubby and dimwitted but cheerful boy who can't help but show kindness to all living things. 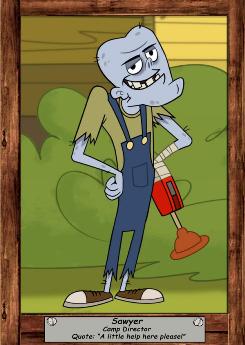 One of the counsellors at Camp Lakebottom. A zombie with a multipurpose tool on his left hand and actually quite a friendly guy - even if hisbody keeps falling apart. 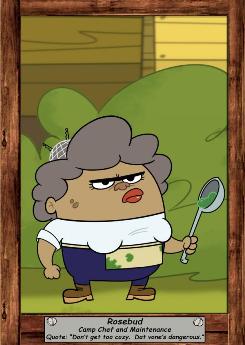 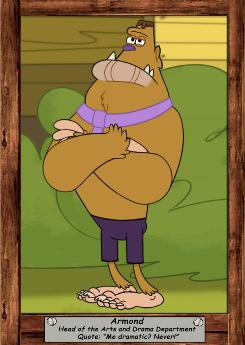 The last of Camp Lakebottom's counsellors. A sensitive and sophisticated sasquatch with a passion for the performing arts and fashion. 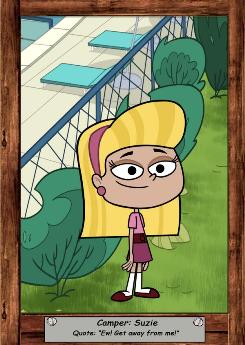 McGee's older sister and a former pageant queen. She is a vain and spoiled girl who attends Camp Lakebottom's rival, Camp Sunnysmiles. 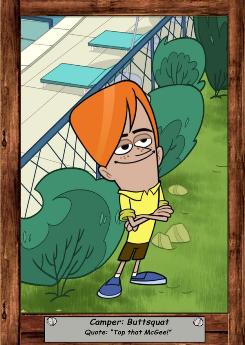 The archrival of McGee and his friends, as well as Suzi's crush. He is the smug and spoiled son of the owner of Camp Sunnysmiles.