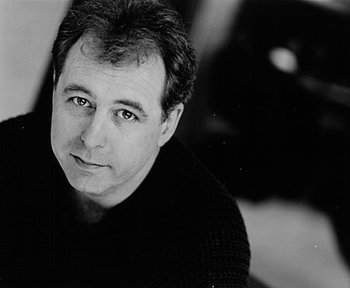 Adrian Truss (born October 18, 1953 in London, UK) is a British-Canadian actor and comedian who has appeared in many Canadian animated series, including such iconic shows as Totally Spies!, Ruby Gloom, Atomic Betty, and the Total Drama franchise. While he does have a number of live-action appearances under his belt as well, most of them are minor, with the notable exception of several stage plays.

Adrian Truss is also part of the internationally renowned veteran comedy troupe The Illustrated Men alongside Bruce Hunter and David Huband. Incidentally, he appeared alongside the former in Atomic Betty (where Bruce Hunter was Robot X-5) and the latter in Total Drama Presents: The Ridonculous Race (where David Huband was Gerry, who was the teammate of his character Pete).

Roles of Adrian Truss include: