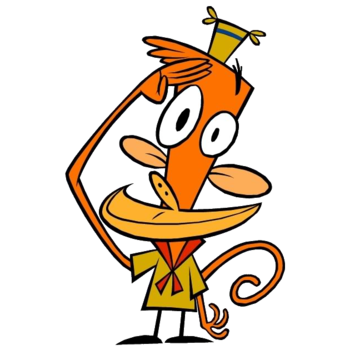 A cheerful, optimistic, free-spirited, eccentric, good-natured, and adventurous spider monkey who, despite meaning well and being a Nice Guy, is often an inconvenience to others (albeit unintentionally).

A cautious, neurotic, and somewhat eccentric Indian elephant who is generally the voice of reason among Lazlo and Clam, and is very rational and careful in situations more often than not. He was rather cowardly and timid earlier on in the show, but as it went on these traits got toned down more and more.
Clam 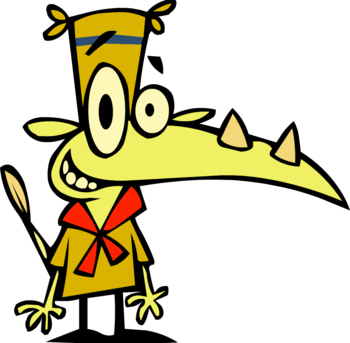 An albino pygmy rhinoceros who rarely says much. Extremely smart despite his behaviour saying otherwise. 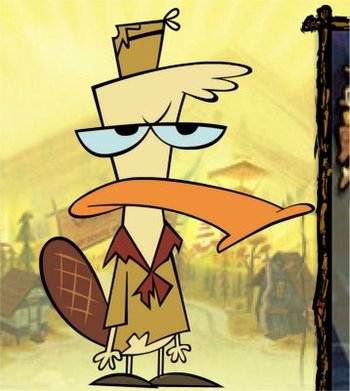 A mean, rude, arrogant, short-tempered and cynical platypus who stays in Pinto Cabin with Chip and Skip. He often likes to torment Lazlo and other campers.
Chip and Skip 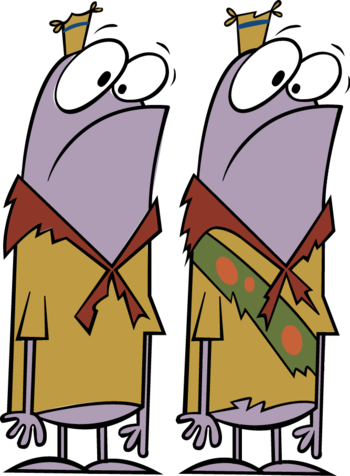 Two dull-witted dung beetles who stay with Edward in Pinto Cabin. They always do Edward's dirty work when he hatches a plan. 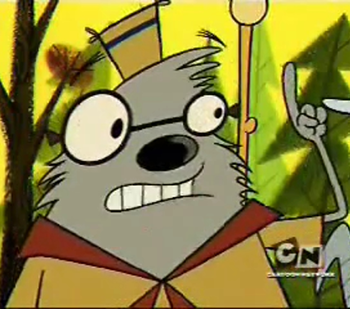 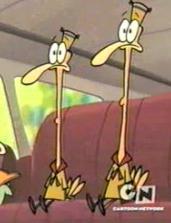 Two long-necked loons who stay in Fava Bean with Samson. 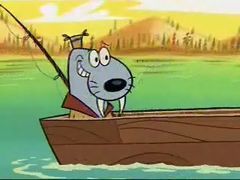 A walrus scout whom Raj befriends in "Tusk Wizard". Originally one of the stock background characters, he ended up getting major roles in several of the series' later episodes.
The Lemming Brothers 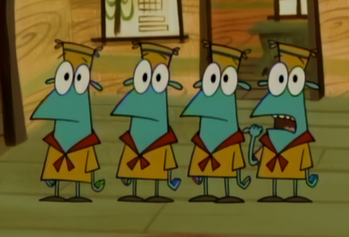 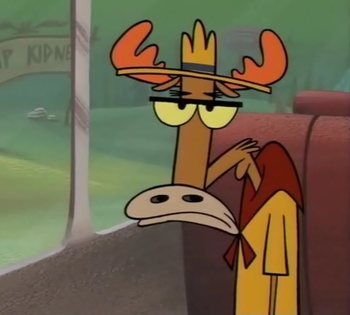 The head of Camp Kidney and leader of the Bean Scouts. A moose with zero tolerance for Lazlo's antics and just as little competence in managing the campsite.
Mr. Slinkman 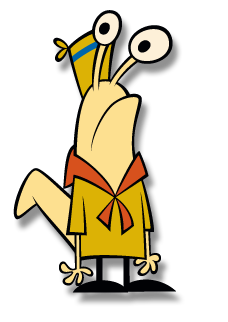 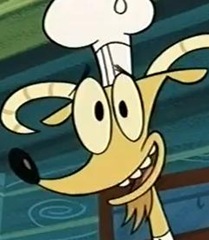 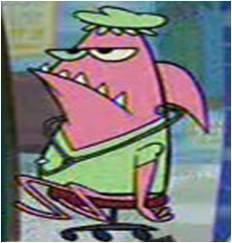 A pink shark who runs the camp's medical centre.
The Original Scoutmaster (spoilers for finale) 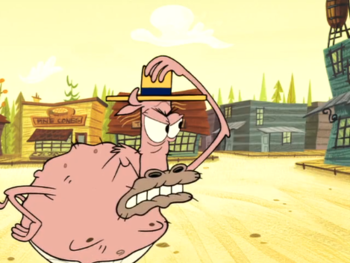 The actual scoutmaster of Camp Kidney, who it turns out had been locked in a closet by Lumpus the entire summer. 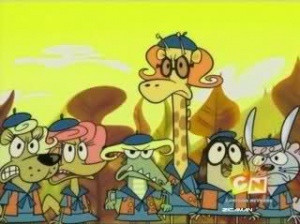 A group of girl scouts who reside at Acorn Flats and are rivals to the Bean Scouts.
Jane Doe 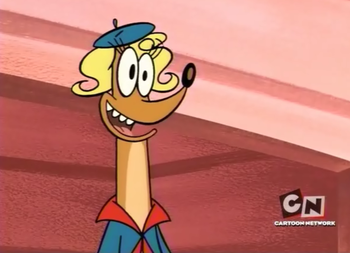 A cheerful and adventurous mongoose Squirrel Scout with a massive crush on Lazlo.
Nina 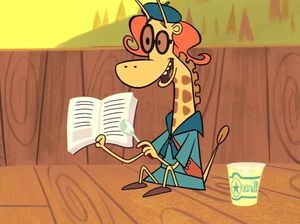 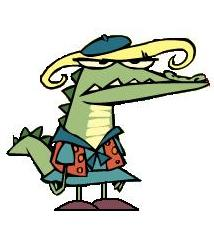 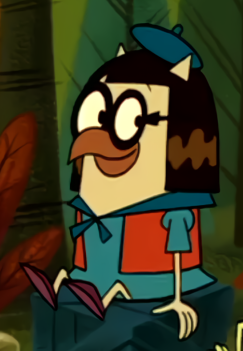 An owl Squirrel Scout. Like "Harold" of the Bean Scouts, she was originally one of the stock background characters, but ended up getting quite a bit more screen time in the later seasons.
Ms. Mucus 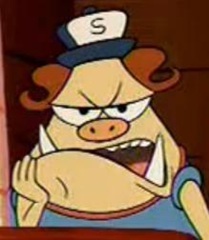 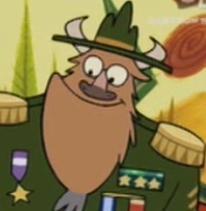 The bison commander of all the scouts at Camp Kidney and Acorn Flats, and Tomato Camp.
Mayor Pothole McPucker

A hideous-looking pig and the mayor of Prickly Pines, a small town not too far from Camp Kidney and Acorn Flats.
Edward's Brothers 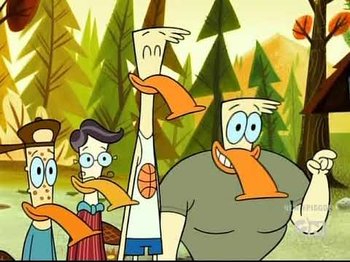 Four older bullying brothers of Edward and are abusive towards him and the other Bean Scouts.