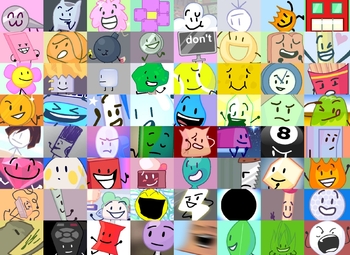 The Contestants in General

Alternative Title(s): Battle For BFDI, Battle For Dream Island The Power Of Two