What Could Have Been / Super Mario Bros. 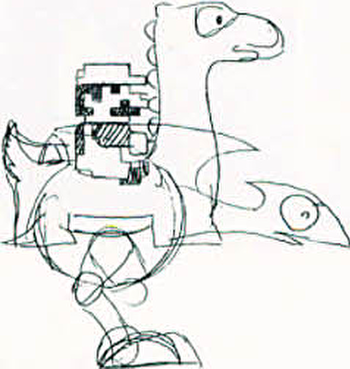 A mount creature for the first game which would eventually become Yoshi from the fourth.
Advertisement: