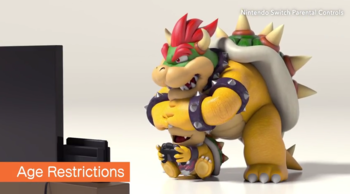 Not safe for Junior.
Advertisement: