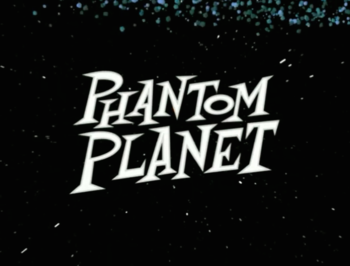 The fourth Danny Phantom Made-for-TV Movie that also serves as the Grand Finale. Fed up with Danny interfering in his plans, Vlad Plasmius introduces a new team of ghost fighters, Masters' Blasters, to Amity Park. The new team soon humiliates Danny to the point that he decides to give up his powers and live like a normal kid again (much to Sam's disappointment). However, when a gigantic asteroid released from his previous battle with Vlad threatens the planet, Danny must race to regain his powers and save the world.

The Movie shows examples of:

Example of:
That Man Is Dead