Western Animation / Daria: Is It Fall Yet? 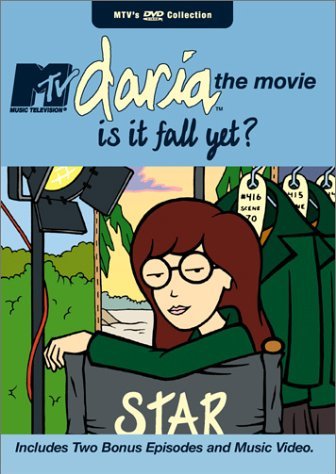 The cynic gets her breakthrough role.
Advertisement:

Is It Fall Yet? is Daria's big Made-for-TV Movie (the first of two), coming off from the drama at the end of season four.

After The Kiss, when Daria accidentally betrayed her Only Friend Jane by stealing her boyfriend Tom, Jane decides to get away from a repentant Daria by going to an artist's colony for the summer. There she makes a friend named Alison, who is attracted to Jane and causes her to question her own sexuality.

Daria, in turn, gets roped into volunteering at a day camp run by Mr. O'Neill (as does Mr. DeMartino), struggling with that along with her failing relationship with Jane and new romance with Tom. There she meets a Mouthy Kid named Link, whose personal troubles give Daria an unsettling reminder of her own difficulties with people.

Meanwhile, Quinn wants to prove that she's more than just a Brainless Beauty by getting a tutor named David; she not only finds herself getting smarter, but grows attracted to him as well. Other small subplots are sprinkled throughout, like Jodie running herself ragged with activities, Mack getting an awful summer job and Kevin and Brittany trying to be lifeguards.