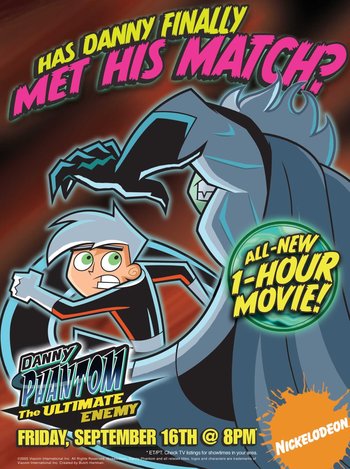 Danny giving "beating yourself up" a whole new meaning.

Danny Phantom's second Made-for-TV Movie. Also had a Licensed Game for the Game Boy Advance with a page here.

With an all-important test coming up that he hasn't had time to study for, Danny finds himself in a pickle until he accidentally obtains the test answers. As he decides to cheat on the test, a mysterious ghost named Clockwork attempts to eliminate him to prevent his decision from having catastrophic effects on the world.

Tropes found in this episode: