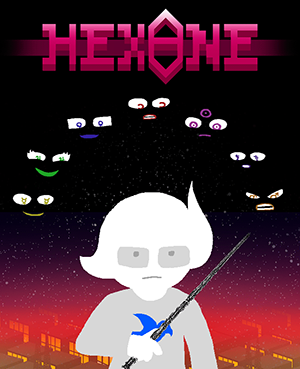 Begin.
“Six humans play a session of Sburb, which unbeknownst to them has been modified to accommodate seven more players, a set of unique aliens who bring with them a millennia-old conspiracy and new, unique threats.”
— animeseinfeld, MSPFA description
Advertisement:

Hexane is a Homestuck Fan Adventure. It follows 6 friends as they play their own session of SBURB. While it starts out as a fairly ordinary session of SBURB, it quickly introduces many new concepts including a race of aliens not connected to SBURB at all, a video game come to life, and Atlantis.

, but please be warned that Hexane is an Orphaned Series.