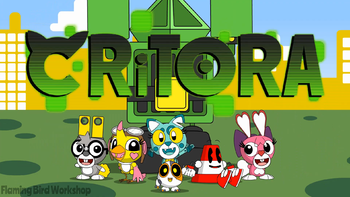 Critora is set in the digital city of Critopia, inhabited by virtual creatures called Critora. Critopia is under a takeover threat by the Viruses, led by Queen Virus, who also want to infect the Critora to heed to their demands.

After roughly five years of development, the series debuted on July 29, 2020 on YouTube. Each currently available episode can be found here