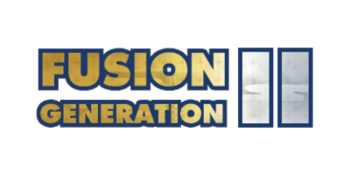 Fusion Generation II is a sequel to the 2012 fanmade Pokemon game Pokémon Fusion Generation. Developed between 2013-2014, it officially remains unreleased after the series was Screwed by the Lawyers but a beta version started appearing in YouTube Let's Plays in 2018.

The sequel adds hundreds more fused Pokemon species and many more ways to get them. The story builds on an event from the first game in which a young Ethan witnessed Brendan or May battling. Though much time has passed Ethan (or you can play as Lyra) still remembers that trainer who inspired them to battle and now seeks an even bigger adventure that will span multiple regions and beyond.