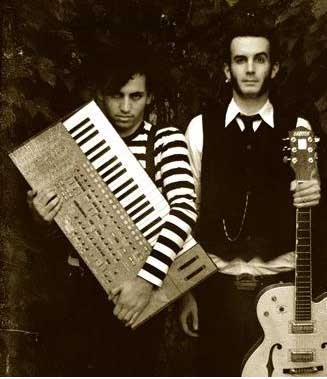 Creature Feature is a Halloween and Horror themed band from Southern California. The first two albums were the brainchildren of Curtis Rx and Erik X. Erik X decided to leave the band shortly after the release of the second album 'It Was A Dark And Stormy Night...' to spend more time with his family. Since then, Curtis Rx has taken over the sole writing and performing duties of Creature Feature and released two albums and various singles on his own. Front man Curtis RX also composes and releases music under the name Curtis Rx and Rufus Rex.

Not to be confused with the album of the same name by Seanan McGuire.