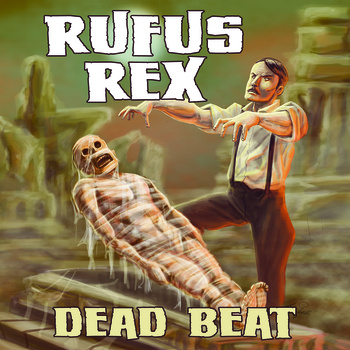 "Death is just the beginning!"
Advertisement:

Rufus Rex is a Solo Side Project by Curtis Rx of Creature Feature. So far with one album, Dead Beat. Released on October 11, 2011, the album is a story about a man trying to uncover the secret of immortality and banish the nuisance of death, only to unleash a Lovecraftian demon upon the world, and eventually finds himself the last living person on earth.