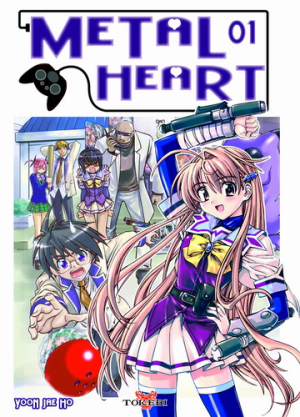 Minwoo Hyun is a normal 11th grade student with a dating skill of a jam jar, who is a game maniac crowned as the best gamer in the country, with unparalleled skill in fighting games. A few days after an accident during a fighting game called Metal Heart 2 that Minwoo has played by coincidence, the heroine of the game, Sia Min, appears right before Minwoo's eyes! (In reality, a mega-corporation called MegaTech, maker of Metal Heart 2, has employed a battle android into the real world to collect data.)

However, because of the 'incident', Sia has a personality of a girl from a dating sim game, and she thinks Min Woo is the main character of that dating sim game. It's hinted that something bad is going to happen if Sia gets jilted by Minwoo. So Minwoo reluctantly accepts this 'unique' situation and with the help of MegaTech's special agent Nuri Han, playing the part of Minwoo's 'childhood friend', they begin their adventure to make Sia's dream come true!