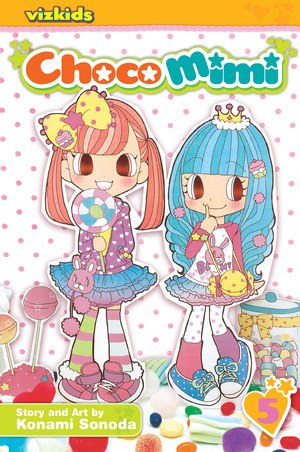 ChocoMimi is a Yonkoma manga series by Konami Sonoda. It began serialization in the manga magazine Ribon Original in 2003 before it was transferred to the main magazine Ribon in 2004, where it ran until its conclusion in 2019. The series follows the lives of best friends, responsible Chiyoko "Choco" Sakurai and spacey Mimi Nekota, as they deal with everyday problems such as school, friendship, and romance. Along with the Yonkoma shorts, some stories are featured in a conventional manga format for longer (and usually more serious) stories. Each chapter also consists of fashion tips from Choco and Mimi.

As of 2013, seven volumes have been released. The manga is currently licensed in the US by Viz, who has published the first five volumes

. The popularity of the series led to the release of a drama CD and a live-action television drama series

billing model Yukika Teramoto as Choco and AKB48's Kayano Masuyama as Mimi in 2007.

The series is currently on hiatus due to Sonoda's death in 2019.