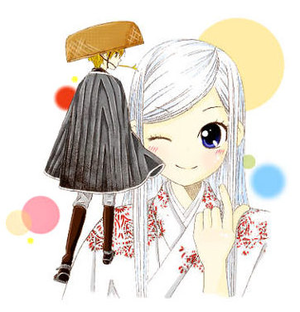 Chotto Edo Made is a manga taking place in a strange anachronism-filled version of the Edo period, centering around a Masculine Girl, Feminine Boy duo: Soubi, a commoner who's training to be a swordswoman, and Mito, a potential heir to the shogun. It was serialized from 2008 to August 2011.