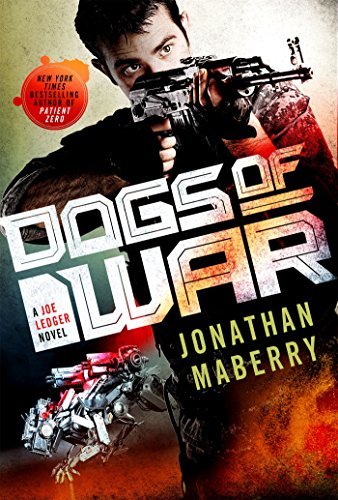 Joe Ledger is the protagonist of a series of military/Horror/Speculative Fiction thrillers written by Jonathan Maberry.

Troubled Baltimore Police Officer Joseph Ledger is man with an Army background and a painful past. After helping foil a major crime in his home city, he is approached by a man known only as Mr. Church, who offers him the opportunity to head up his own team on a special task force branch of the Department of Homeland Security.

Joe, intrigued, joins up and gets his best friend and therapist Rudy involved as well. He hand picks from the recruits a number of men, including Bradley "Top" Sims and Harvey "Bunny" Rabbit. They are then sent out to stop terrorist cells from doing things that could literally end the world. But these terrorist cells take terror to a new level, often using Mad Science to duplicate monsters usually only ever conceived in supernatural fiction and folklore.

The Joe Ledger series contains examples of the following tropes: