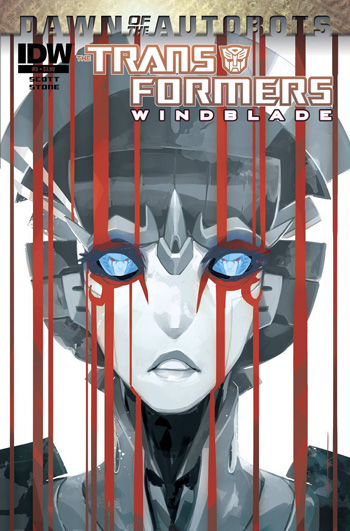 The series is written by Mairghread Scott, and illustrated by Sarah "Fayren" Stone.

It now has a character sheet and a recap page. Feel free to add to them.

The Transformers: Windblade provides examples of: