Comic Book / The Transformers: Regeneration One 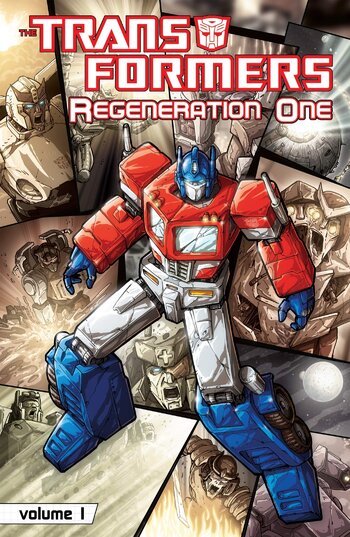 We're back, baby. Again.
"Witness! The beginning... of the end!
—Opening Narration
Advertisement:

In addition to a Free Comic Book Day issue, the series ran for 20 issues with looking to give a more definitive end to the original Marvel Transformers comic.

Tropes found in this series include;