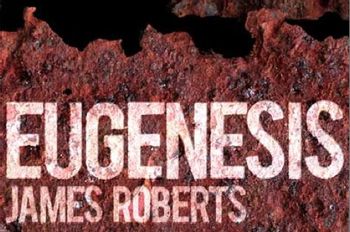 Eugenesis (n.) The quality or condition of having strong reproductive powers; generation with full reproductive fertility between different species or races, specifically between hybrids of the first generation.
Advertisement:

Eugenesis is a Transformers fanfic written by The Transformers: More than Meets the Eye's writer James Roberts.

Set in the The Transformers (Marvel) UK continuity, the story takes place in the year 2012, when the war between the Autobots and Decepticons is at a standstill, both sides poised for a big push. But outside the plotting and schemes of the Cybertronian forces, there are others with their own dark designs for the children of Primus, as elements of the Transformers' past long since forgotten return for their revenge.

One of the most well-known Transformers fan-fics out there, Eugenesis is a much darker view of everyone's favourite robots in disguise, and also very, very long. It's also not for the faint of heart, with some very grim and graphic sequences.

It's also part of the Shared Universe produced by the group TMUK.

It also has a short (very short) follow-up named Telefunken which is included here for completeness' sake.