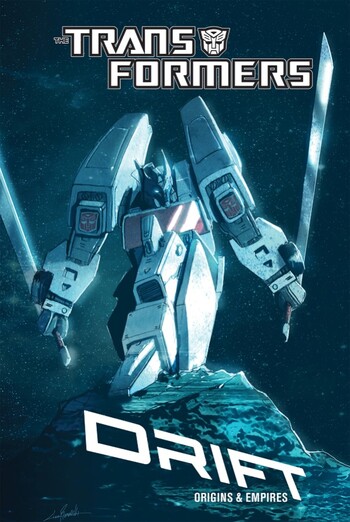 Cover for trade collection of both minis
Advertisement:

The Transformers: Drift tells the story of the titular Drift, originally Deadlock. When recruited, Deadlock leads a bloody campaign against the Autobots, only to end up betrayed by his commanding officer and almost killed. He discovers the Circle of Light, an ancient faction of highly religious Transformers who fled when the war broke out, lead by Dai Atlas, and befriends Wing, a practitioner who tires of the Circle's isolation. With them Deadlock seeks to redeem himself, but his past threatens to catch up with them, and drag the Circle back into the war.

The Transformers: Drift: Empire of Stone takes place following Drift's exile from the Lost Light in The Transformers: More Than Meets the Eye. Drift rejected by Autobot and Decepticon alike roams the galaxy, acting as a guardian to the weak, and defending innocent species from the Cybertronian war. His mission, however, is interrupted when Ratchet returns to bring him back to the Autobots. The circumstances around his exile have been revealed and his banishment has been reversed. Now Drift is at a crossroads once again: Return to the Autobots or continue his life as a roaming peace keeper. Such debates have to be tabled as Drift and Ratchet find out from an imprisoned Decepticon that Gigatron is planning on raising a massive stone army to reignite the disbanded Decepticons into a galaxy conquering empire once more, but with him at the head.

Now has a character sheet in development. Feel free to add to it. 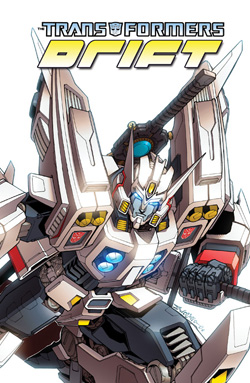 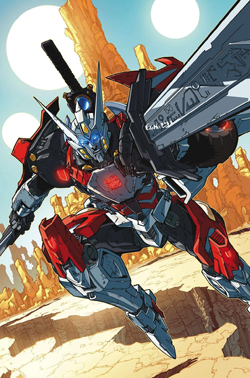