open/close all folders
The Kids 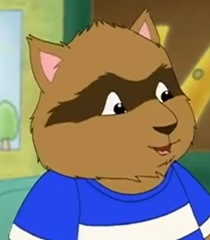 The main character of the show. An excitable 5-year-old raccoon who often helps his friends with their problems. He is best friends with Yoko.

A sweet-natured Japanese cat who plays the violin and is very close to Timothy. 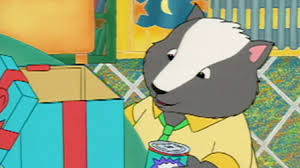 Timothy's intelligent badger or skunk friend who sometimes knows even more than the teacher, but tends to be messy.

A shy little mouse who finds it hard to talk in front of others, but has a great imagination. He mostly plays with Timothy, Yoko, and Lilly.

A noisy mouse who earned the nickname Noisy Nora who tends to be a bit bossy and sulky. Nora enjoys her mother reading her stories. She has a baby brother named Jack and a sister named Kate that's about 3 years older than her. She owns a pet lizard named Norman who later in the series moves to Hilltop School in order to live in a bigger aquarium. She is also one of the very first characters created by Rosemary Wells.

A forgetful and air-headed fox who is often seen with a ribbon tied around her finger so she remembers things. Lilly moved to the neighborhood recently from somewhere down south and has her first snow day during the series. She eventually becomes best friends with Nora.

A boisterous beaver who likes sports and is the tallest in the class, but the smallest in her family.

Twin French bulldog brothers who love playing sports and playing pranks. They like to play together and often speak in unison.

An arrogant raccoon who seems to be good at everything. He had a bit of a rivalry with Timothy at first but they soon became good friends. He is mostly seen with Grace.

A somewhat snobby upper-class cat who likes dancing, especially ballet and figure-skating. She is mostly seen with Claude.

A Spanish cat who just transferred to Hilltop School in the last two episodes and was a bit anxious about leaving her mother.

A cheerful beaver who is the school's janitor and bus driver. He used to be Mrs. Jenkins' student as a child.

A student teacher badger or skunk who sometimes appears to help out, or cover for Mrs. Jenkins.

Timothy's kindhearted and lovely parents. Timothy's mother really cares and loves her child and even explains certain situations he's in.

Yoko's sweet natured and kindhearted mother. A Japanese cat who formerly lived in Japan along with her daughter.