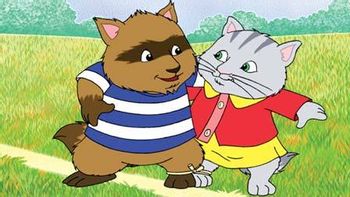 Would you like a friend like Timothy by your side?
This is a show that takes place in a World of Funny Animals and is based on the works of Rosemary Wells. It has tons of these moments.