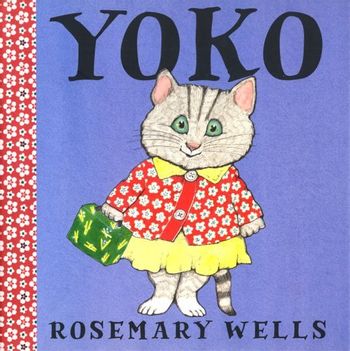 Yoko is a children's book published in 1998 by Rosemary Wells. The book stars a Japanese-American kitten who is getting ready for her first day of school. Unfortunately Yoko's first day at school doesn't turn out so well when she gets teased by the other students for her lunch, her favorite food sushi.

This is also the first book for Rosemary Well's Yoko Series and the titular character would later be the star of another book series called Yoko & Friends and would later be featured in the 2000 Nelvana Animated Adaptation of Timothy Goes to School which also adapts the story and the other books featuring the characters in the show.