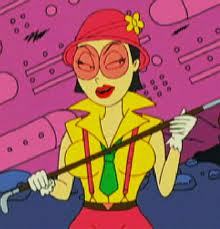 Click here to see here appearance from season 3 and onward 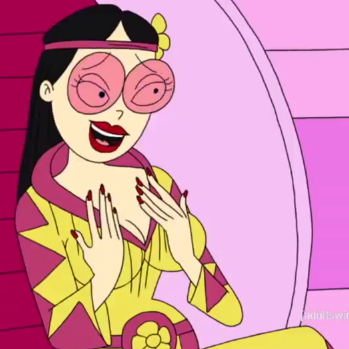 Warden of Superjail's Distaff Counterpart Ultraprison, and the Warden's polar opposite. Female, efficient, and a real killjoy to hang around with. 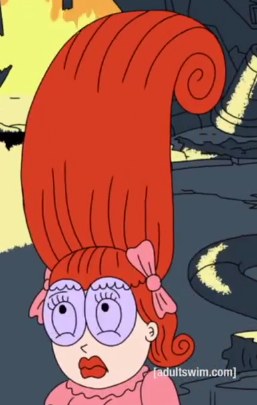 Jared's Distaff Counterpart of Ultraprison, whom he fell for. However, in season 4, she temporarily winds up falling for the Doctor after having believed Jared to be dead. Her relationship with Jared is also revealed to be complicated by the fact that she's not sexually active, while Jared longs for her to have sex with him. 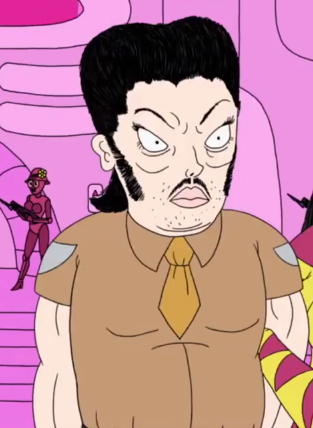 Alice's Spear Counterpart in Ultraprison. The two seem to have a rivalry, constantly trying to one-up each other. 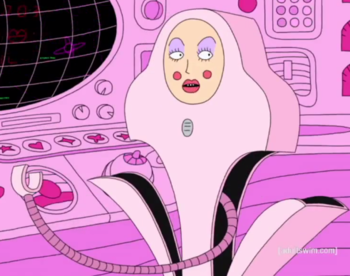 Jailbot's Distaff Counterpart. She seems to be a more modern version of Jailbot, with updated technology. 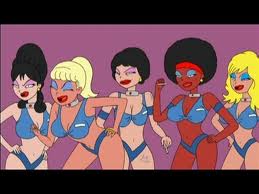 A group of scantily-clad, attractive female convicts housed at the jail. Contrary to their sophisticated appearances, they're all just as vulgar, violent, and ill-tempered as the men.

A female counterpart of Jacknife who seems to be just as unlucky and as criminal.

A smooth-talking self-motivation speaker, who preaches the teachings of an alien species known as the Galactoids. He just also happens to be a wanted criminal and scam artist.

The Warden's late father, who also happened to run a prison.

Seemingly the Jared of the Mogul's jail. Not much is known about him.

The Time Police
Voiced by: Reggie Watts and Chris McCulloch ("Time-Police" note  Watts voiced the one who was also the lead singer of their band, while McCulloch voiced his partner), Chris McCulloch and Stephen Warbrick ("Oedipus Mess")

A group of singing time/space continuum patrollers who detain offenders- and in the meantime, play in a rock and roll band.

A disembodied, talking brain that rules the Time Court and decides the fate of the offenders.

A military organization tasked with bringing down Lord Stingray and his terrorist army. Unfortunately for them, they're not so lucky or effective at it.

Lord Stingray's allies in his crime syndicate. He considered Mistress Kilda his wife, although she also had a relationship with Catastro (his assistant) going at the same time.

A mysterious and completely naked alien woman that arrives at the jail, attempting to track down the Twins. She's actually the family dog, sent by Ozzal in his first attempt at bringing them home.

The father of the Twins and Triplets, an overlord of a distant planet. He wants his youngest sons to come home, no matter which method he'll take in trying to get them back. 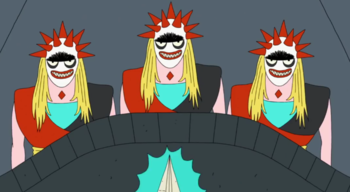 The Twins' older brothers, who spend their time conquering planets across the galaxy.