For the final boss of this game, see Punished "Venom" Snake at Characters.Metal Gear Solid V

Characters that debuted in Metal Gear: 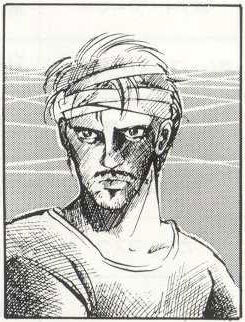 "I was raised by adults to be a tool of war."
Click here 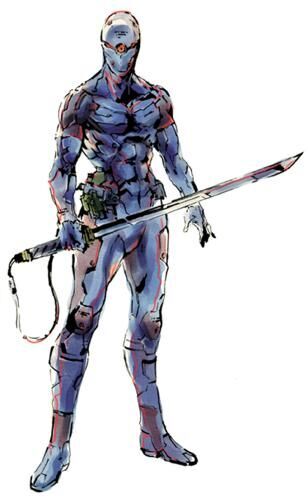 Gray Fox is the only member of FOXHOUND ever to receive the Code Name of Fox, and not without good reason; Frank Jaeger had to grow up in harsh conditions. Originally a child soldier, he was one of the deadliest people on earth at just the tender age of eleven. Frank was rescued by Big Boss, who tried to leave him at a relief shelter where he could be safe, but he ended up getting abducted by the CIA/the Philosophers so they could turn him into the perfect soldier, codenamed Null.

After a series of complicated events, he ends up supporting Big Boss and Zanzibar Land, and then nearly dies, and is turned into the Cyborg Ninja. As the Cyborg Ninja, Fox helps his old buddy Solid Snake one last time in Shadow Moses to take down Metal Gear REX in the events of Metal Gear Solid.

Dr. Drago Pettrovich Madnar was a Russian robotics engineer responsible for the creation of the TX-55 Metal Gear and its successor Metal Gear D.

Ellen Madnar (Elen Pettrovich)
The daughter of Dr. Madnar and a former Bolshoi Ballet star.
Advertisement:
Kyle Schneider/Black Ninja (Black Collar)
The leader of the Outer Heaven Resistance. Returns in Metal Gear 2, having defected to Zanzibar Land.
Diane
The former vocalist of punk band Thin Wall. Provides Snake with info on most bosses as well as Outer Heaven's weapons system and traps.
Jennifer
A member of the Resistance movement. Infiltrated Outer Heaven posing as a nurse in order to rescue her brother, who had been taken hostage. Helped Snake by giving him information on equipment and weapons.
Advertisement:

It possesses two nuclear warhead launchers and it's one of the most compact Metal Gears ever created.