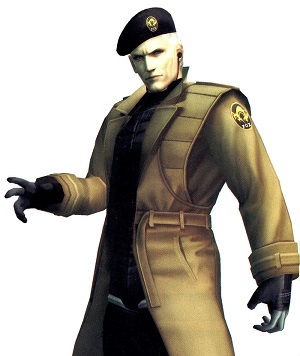 The new leader of the FOX unit, Gene is the product of the Successor Project, a top secret CIA project to create a battlefield commander trained in the image of The Boss. 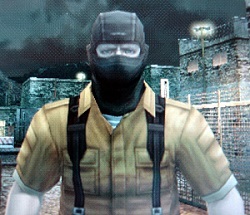 "I used to be a rescuer, so I'm pretty good at dragging people around."

A Red Army soldier during the San Hieronymo Takeover. He was the first person recruited by Big Boss and Roy Campbell in Portable Ops. 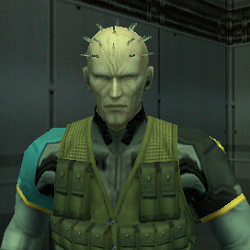 "I'm the Anti-Snake, and I'm the one man who can break you!"

An old war buddy of Snake during the Vietnam War. He received a severe injury which cost him the ability to regulate his body temperature to the point that his body would burn up and was assumed dead by Snake, but his body was recovered by the U.S. government who put him through surgery and gave him a suit filled with liquid nitrogen. He was then trained by the CIA to be an "Anti-Snake" soldier. He was present at the San Hieronymo takeover where Cunningham assigned him to lead the search for Snake and Roy Campbell. 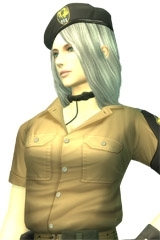 "The futures we saw were one and the same. Snake, you will destroy Metal Gear, and you will create a new Metal Gear in it's place. Your children; Les Infant Terribles. Snake, your son will bring the world to ruin. Your son... will save... the world."

A teenage girl with psychic abilities who follows Gene in his rebellion. However, she decides to help Snake when they meet, giving him drugs to cure Campbell's malaria, and warning him about her sister, Ursula. 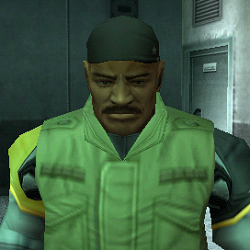 "Glad you could make it, Snake."
The FOX unit's interrogation specialist. He joins Gene's rebellion. He turns out to be working for the Pentagon, and his role was to force Gene to launch a nuclear strike at the Soviet Union, destroying the reputation of the CIA, and then destroy the base using a Davy Crockett to remove all the evidence.
Colonel Skowronski
Voiced By: Tetsu Inada (JP), Nick Jameson (EN)

A Red Army colonel. He was in command of the San Heironymo Peninsula, but after Gene's rebellion his men turned on him and he was forced to go in to hiding.

The first Metal Gears using legs, based off Granin's plans and completed by Sokolov and the US government. RAXA is the prototype, used as a decoy by Gene to hide the fuctional version (ICBMG).