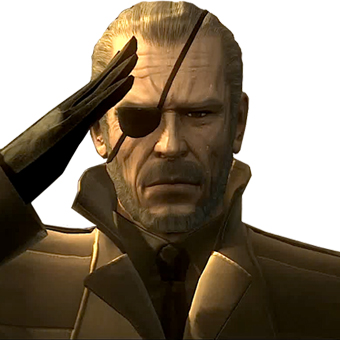 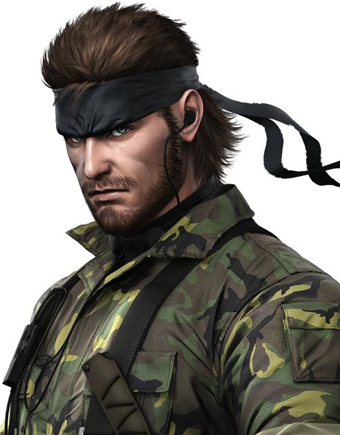 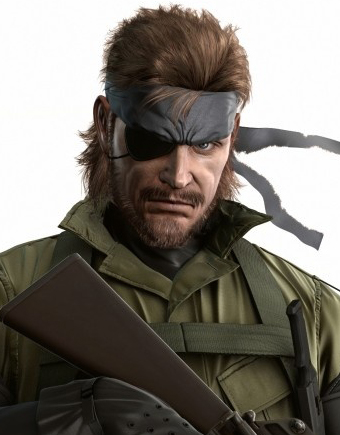 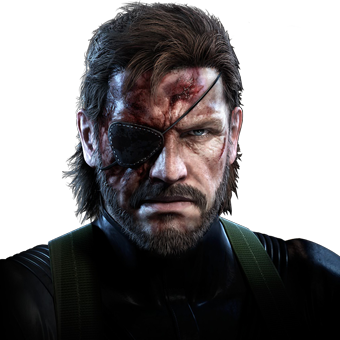 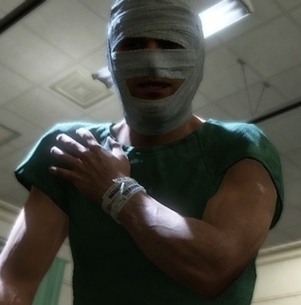 to see Big Boss as Ishmael
Advertisement:
A.K.A.: Naked Snake, Jack, John Doe, The Legendary Soldier, The Legendary Mercenary, The One-Eyed Man, Saladin, Vic Boss, Ishmael, The Bandaged Man
Naked Snake voiced by: Akio Ōtsuka (JP; MGS3, MPO, MGSPW, MGSV), David Hayter (EN; MGS3, MPO, MGSPW)
Big Boss voiced by: Chikao Ohtsuka (JP, MGS4), Richard Doyle (EN, MGS4), Kiefer Sutherland (EN, MGSV)
"If the times demand it, we'll be revolutionaries, criminals, terrorists. And yes, we may all be headed straight to hell. But what better place for us than this? It is our only home. Our heaven and our hell. This is Outer Heaven."

In 1964, a man named John, an agent of the Black Ops unit FOX, saves the world from nuclear Armageddon. Along the way, he's forced to slay his teacher and adoptive mother codenamed the Boss. For his actions, he is christened "Big Boss" by the President of the United States and inherits his teacher's title of "the Greatest Warrior of the Twentieth Century".

He later goes on to found the private military companies Militaires Sans Frontieres and Diamond Dogs, as well as the U.S. Army black ops group FOXHOUND. In the first Metal Gear game, Big Boss secretly leads the uprising at Outer Heaven and sends FOXHOUND rookie Solid Snake to investigate it, not expecting that he will actually survive. In Metal Gear 2, Big Boss takes control of Zanzibar Land and kidnaps a scientist who developed an alternative fuel source. Solid Snake is sent in to rescue the scientist, and ultimately kills Big Boss with a makeshift flamethrower.

While he was originally little more than the Big Bad of the first two Metal Gear games, Big Boss later received a great deal of Character Development, becoming the tragic protagonist of the prequel games.

For tropes pertaining to his mental doppelganger Venom Snake in The Phantom Pain, go here. Same here for the version of Big Boss in Snake's Revenge.

Advertisement:
open/close all folders
# to E
F to M
N to Z
This is good...Isn't it?