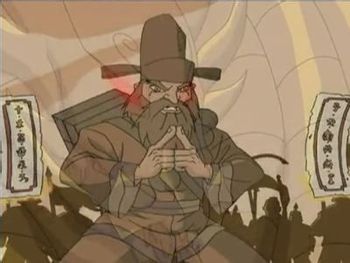 He sure means business. 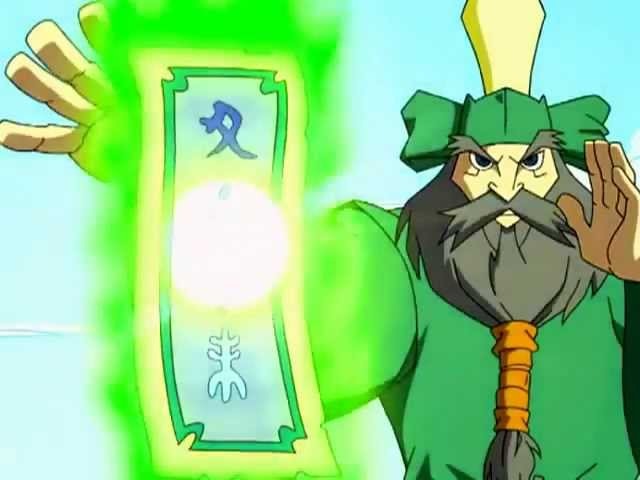 And so does his copy.

I must once again safeguard these, lest they fall into the hands of the Ultimate Evil.
Voiced by: David Carradine

A sacred warrior of the Ling Dynasty. Nine hundred years ago, he led the uprising against Shendu, turning the demon into a statue and taking away his powers in the form of the Talismans. He's been long dead, but one episode features a terracotta statue of him. The Rat Talisman is used on the statue, bringing life to it. The statue has original Lo Pei's personality and powers. In the end of the episode, he's turned back into a statue. 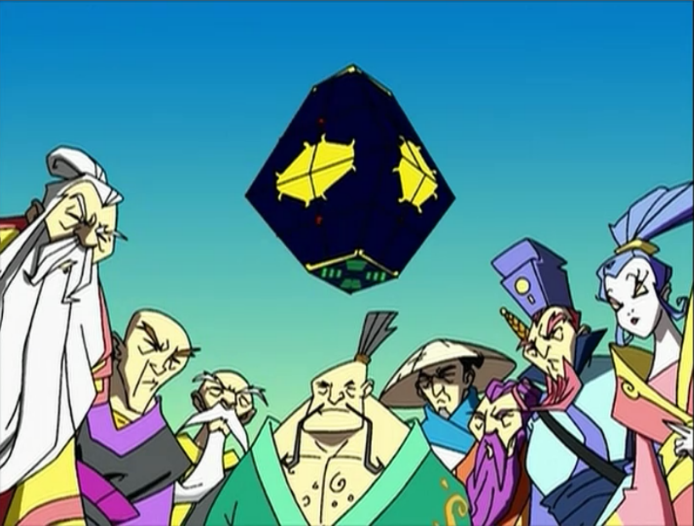 From left to right: Zhang Guolao, Lü Dongbin, Li Tieguai, Lan Caihe, Han Xiangzi, Cao Guojiu, Zhongli Quan and He Xiangu.
Eight legendary heroes of ancient China. They are the ones who originally banished Shendu and his siblings to the Demon Netherworld and locked their portals with the Pan'Ku Box. However, the artifacts they used to do this (their symbols) were tainted with the demons' chi.
Chi Master Fong 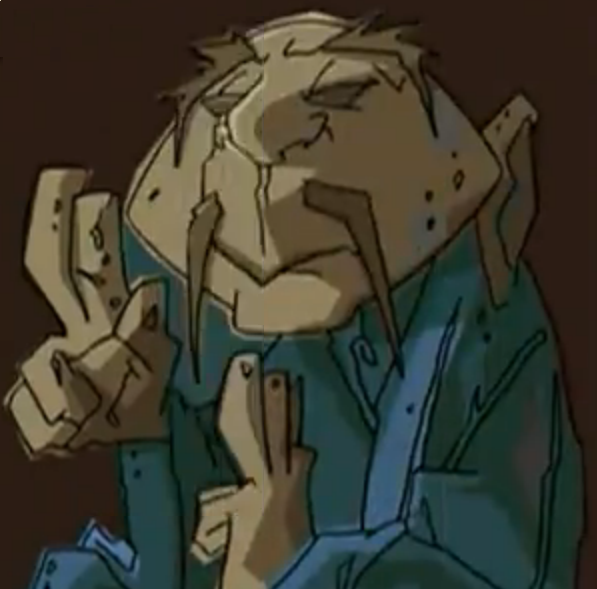 This is all we see of him.
A deceased Chinese mystic who taught Uncle magic for fifteen years. Somewhere along the line, Daolon Wong "defeated" him.
Super Moose 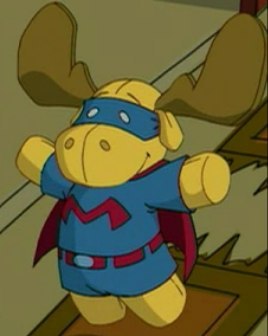 An anthropomorphic moose superhero. Normally a fictitious character, unless Jade uses the Rat Talisman to bring a stuffed doll of him to life.