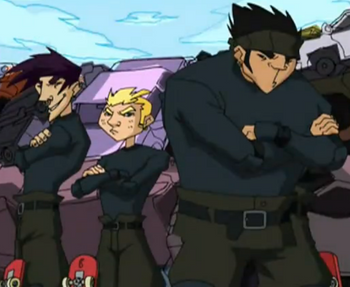 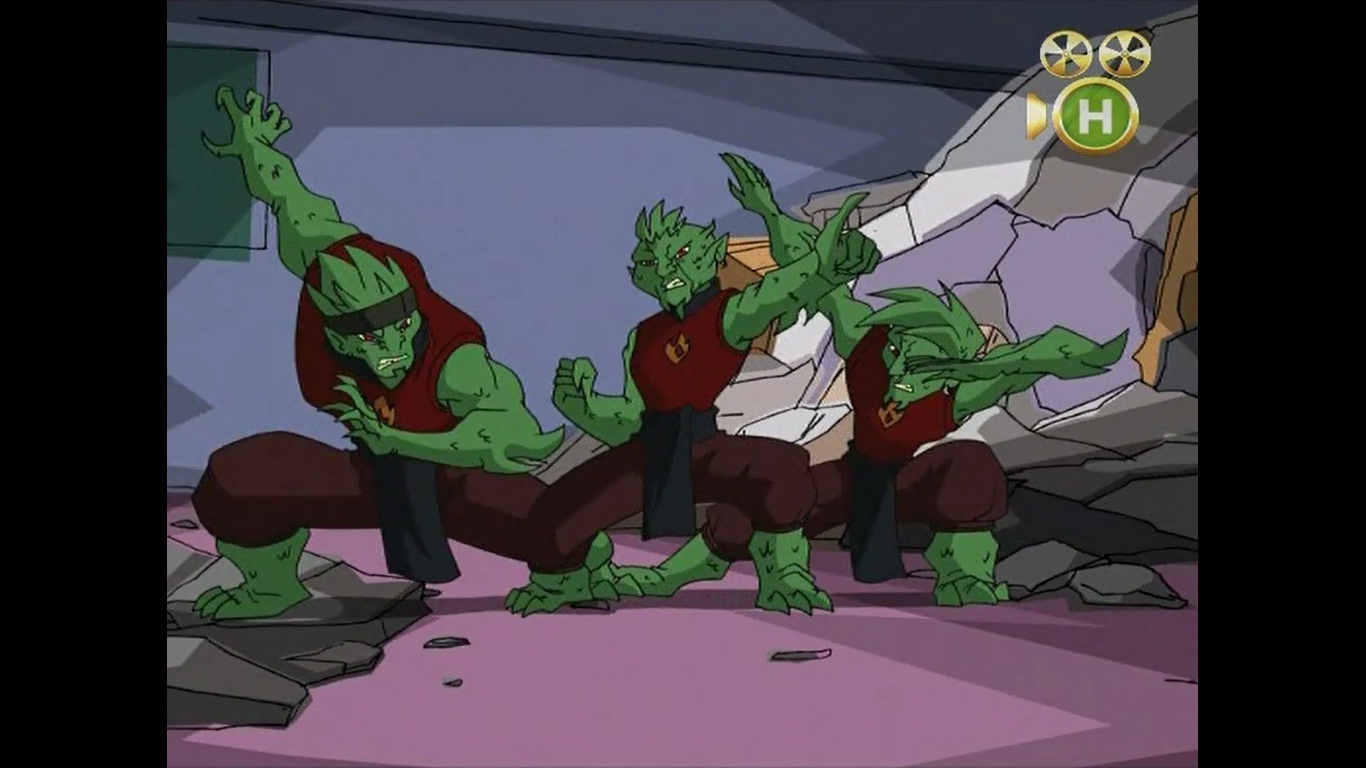 Now they're Green and Mean. From left to right: DJ Fist, Strikemaster Ice and MC Cobra.

Drago's henchmen. They consist of Strikemaster Ice, MC Cobra, and DJ Fist. Originally a pizza boy, Ice joined a Shaolin-like monastery where he learned martial arts and met his boys Fist and Cobra. After they were kicked out of the monastery for bad behavior, the Ice Gang sought revenge but were stopped by Jackie and the Enforcers. They were later recruited by Drago and changed them into his dragon henchmen.

Let me demonstrate how this little hunk of ice is gonna let Strikemaster Ice go back to the monastery and bring down the HOUSE!
Voiced by: Mike Erwin

The leader of the trio.

DJ Fist
The silent strongman of the group.