Other villains who only appear in one, two, or three episodes of the Jackie Chan Adventures series. 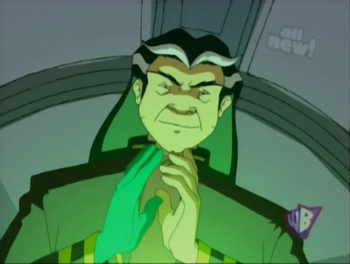 With jade as always.

A Taiwanese businessman and criminal mastermind who has a habit of stealing objects made from jade stone. He becomes a minor recurring enemy to the J-Team. 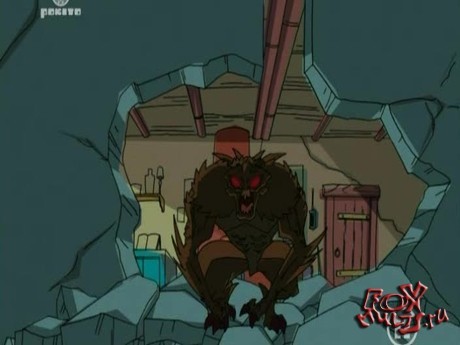 A demonic beast that was attacking livestock in Mexico. It scratches El Toro during a fight, cursing him to become one himself. 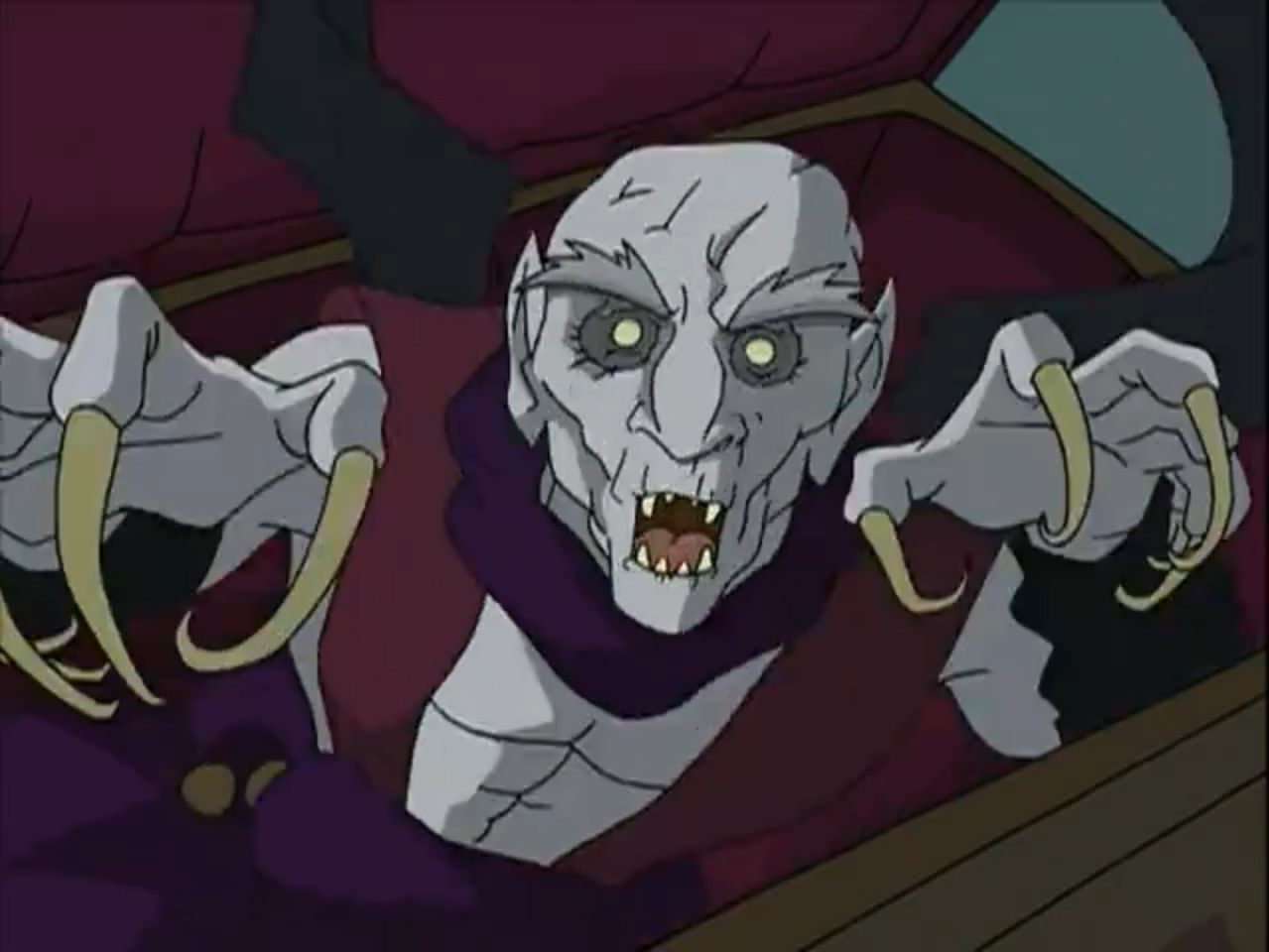 An undead vampire who haunted an abandoned castle in the mountains of China. He drains chi from humans, which can turn them into vampire slaves if left untreated. 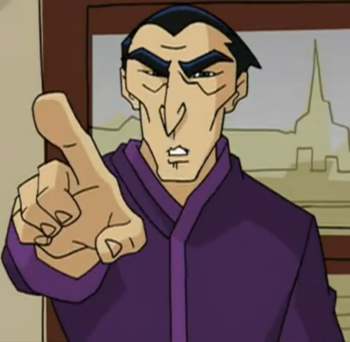 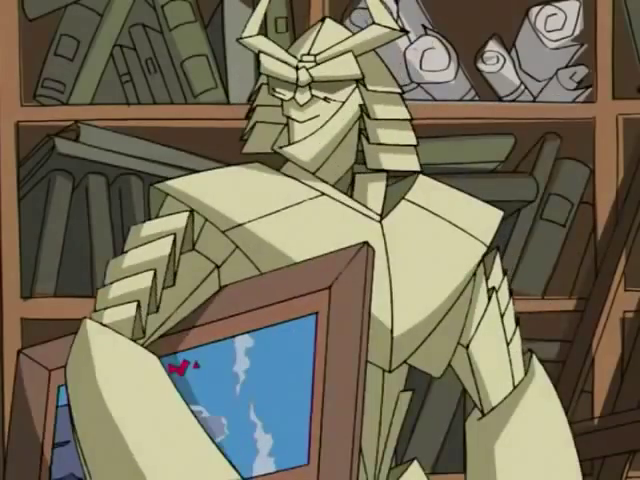 A Japanese burglar based in Paris, France who has the ability to turn into paper and fold up like an origami sculpture. He uses his powers to rob East Asian art from the Louvre Museum. 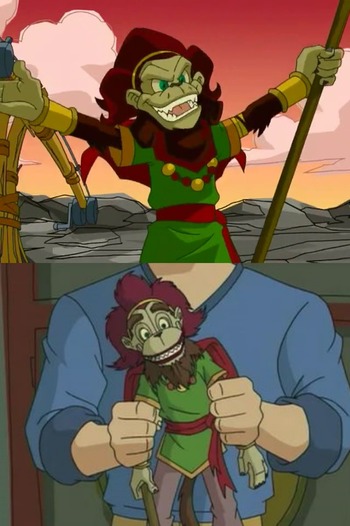 The King's living and puppet forms

Stop me if you've heard this one befooorre...
Voiced by: Bill Tanzer (first appearance) and Billy West (second appearance)

Monkey King is a trickster monkey. Based on the Chinese legend of Sun Wukong

, he is released whenever someone pulls his puppet form's leg. The luckless victim becomes a puppet in his place, only to be restored if he pulls their leg, which he isn't likely to do of his own free will. He might seem like an irritating prankster at first glance, but he takes a very dim view of anyone trying to spoil his fun. 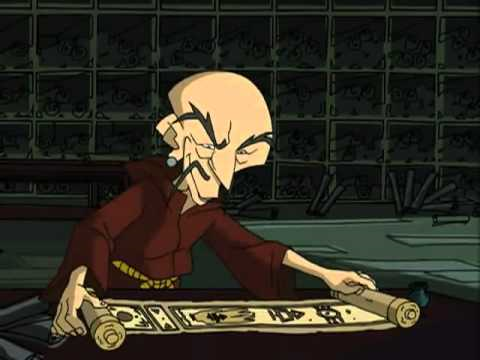 Ancient wisdom: Words are breath that blows the fire of knowledge
Voiced by: Tim Lounibos

An old monk who guided Jackie to the Lotus Temple where the magical scrolls of Hung Chao are hidden. A really quirky person who's constantly in meditation and speaks in proverbs and riddles. He turns out to be villainous, and is also after these scrolls. 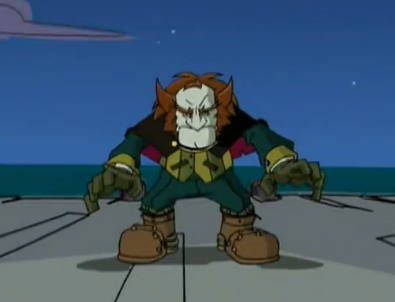 I'm free, to be me!
Voiced by: Corey Burton

A ravenous and rhyming troll, who can leap great distances. Many years before, a wizard named Simon Magus turned him into a statue and stored him in his museum of strange creatures. Accidentally released by Yin Jackie, he goes out for revenge... by seeking out the descendants of Magus, so that he can eat them. 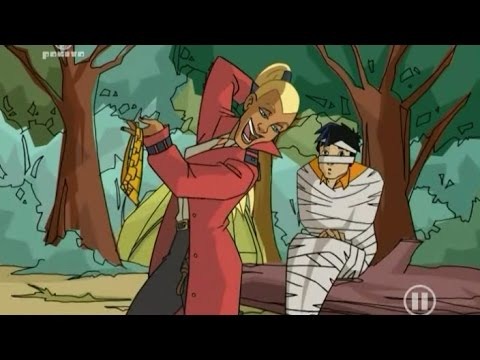 And Jackie calls her a nice lady.

Ah, been called a lot of things: relic hunter, mercenary, thief. But Vanessa Barone, nice lady? Ha, ha! That is a new one.
Voiced by: Mona Marshall

A female relic hunter, mercenary, and thief who wanted to find the Eye of Aurora, a necklace that contained power of teleportation.