Characters / Heathcliff and the Catillac Cats 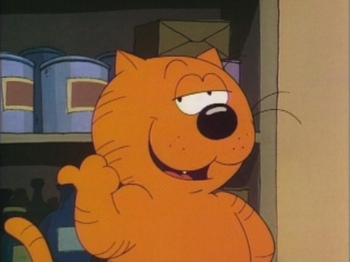 Heathcliff started out as a comic strip series before leaping to the TV screen. He is proclaimed the terror of the neighborhood, and no man, child, milkman, or dog (except for sometimes Spike), would dare cross him. 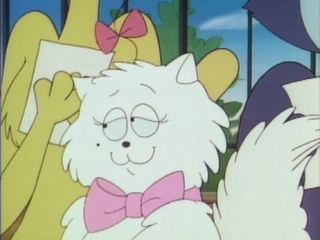 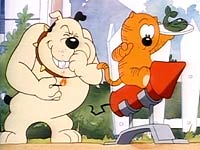 A musclebound bulldog owned by the local bully, and Heathcliff's favorite target. Thanks to being beaten up so often, he's actually terrified of Heathcliff, but tries to put up a tough front to support his image. 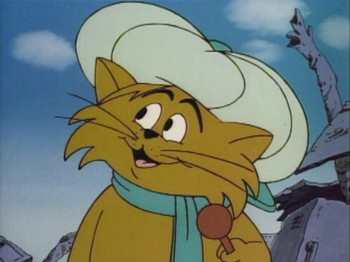 The leader of the junkyard gang, The Catillac Cats (originally "The Cadillac Cats". The spelling was changed to avoid copyright issues with the Cadillac car company). Although he's short, he's just as tough as any other big cat, much like Heathcliff. He often plans schemes to get his hands on food or money. He is rarely successful however. Most of his schemes are just ways to please his girlfriend Cleo. 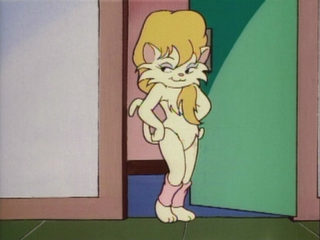 Riff Raff's classy girlfriend, who lives in a music store. 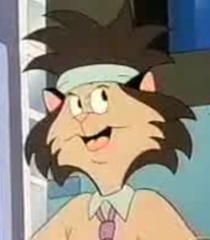 The defacto leader of the ¡Three Amigos! (at least, in his own mind), Hector thinks he's smarter, stronger and braver than he really is. His particular brand of Zany Schemes usually revolve around his own personal gain — and naturally backfire spectacularly. 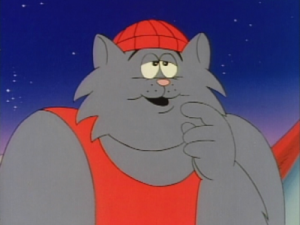 The strongest, gentlest and dimmest of the Catillac Cats, Mungo tends to go along with whatever his friends are doing. 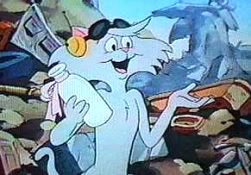 A laidback inventor and amateur poet who usually tries to speak in rhymes. No matter how forced it gets at times. 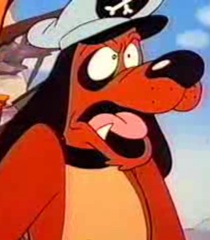 A junkyard dog who'd like nothing more than to drive those darn cats away once and for all! However, circumstances sometimes force him to team up with them in order to defend their home. 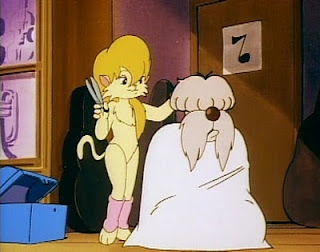 Another pet at the music store where Cleo lives. Wasn't very fond of Riff Raff and the others.