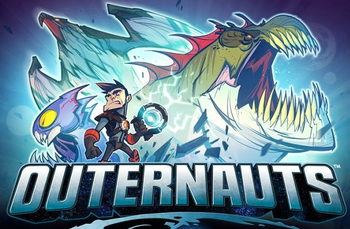 Outernauts was a Pokémon-esque Web Game from Insomniac Games.
Advertisement:

It was launched on 2012 at Kongregate and Facebook, as well as for iOS and Android. However, it was ultimately shut down in 2016, as by that point the player count could not "keep up with the ongoing server costs".