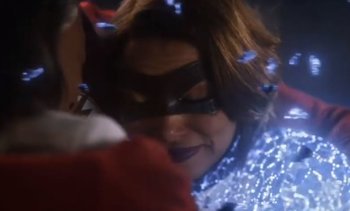 No! Who else will I have ice cream with?
Advertisement:

Team Flash prepares for their final confrontation with Cicada II while Thawne puts one last gambit into motion.