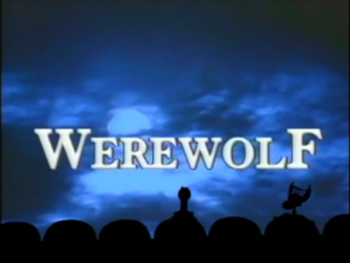 I don't know, you had him last!

Film watched: Werewolf. Since the episode aired in 1998 and the film was released in 1996, it represents the newest film the show had ever riffed in its original run. For a good couple decades it was either beaten or not by Future War depending on whether you count production period or release date, but the debate was rendered academic with the inclusion of 2013's Atlantic Rim in the revival series.