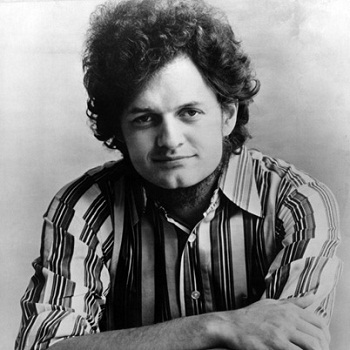 And the cat's in the cradle and the silver spoon,
Little boy blue and the man in the moon,
"When you coming home, dad?" "I don't know when",
But we'll get together then,
You know we'll have a good time then...
— "Cat's in the Cradle"
Advertisement:

Harold Forster Chapin (December 7, 1942 – July 16, 1981) was an American folk rock singer-songwriter and philanthropist, from the 1970s until his tragically young demise. In his short career, he created such famous songs as "Cat's in the Cradle" and "Taxi".

Chapin was killed in 1981 in a traffic accident while on his way to a free benefit concert he was giving, although he may have already been dead; the autopsy and his driving patterns, which caused the accident, are consistent with him having suffered a heart attack behind the wheel.