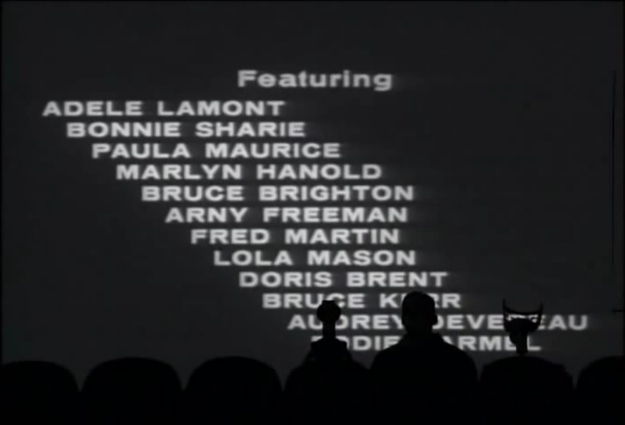 "These people will be exploring issues that are teens' issues." note Mike's first riff in the theater; Servo congratulates him for getting off a good one right out of the gate.

This episode is notable for being Mike Nelson's first turn as host. The movie itself also happened to be what clip was seen in the intro during the latter half of season 5 and all of season 6; specifically, Jan in the Pan smiling.

Editors, please keep this article neutral on the Joel vs. Mike thing. We don't want this turning into a Flame War.

“I told you… you should have let me die. Hee hee hee!”
—Jan "in the Pan" Compton
Brunette Stripper: Who's to tell me to blow if I don't want to?