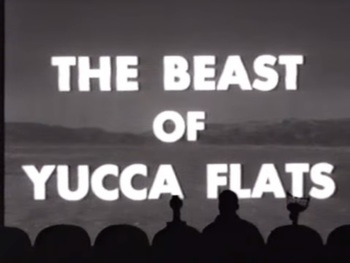 The Mystery Science Theater 3000 presentation of The Beast of Yucca Flats contains the following tropes: