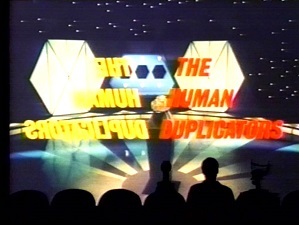 The episode provides examples of the following tropes:

[Man gets strangled by himself].