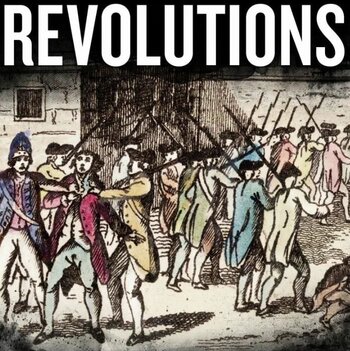 "Hello, and welcome to Revolutions."
—The introduction to every episode.
Advertisement:

Revolutions (2013-present) is the second history podcast by Mike Duncan. Unlike his previous podcast, Revolutions is not the history of one society or polity but rather a thematic series focusing on particular revolutions in the history of the modern world.

The podcast is divided into seasons, with each season focusing on a particular revolution. These are: