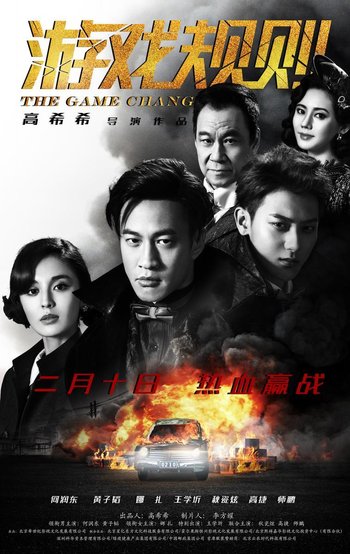 From the director of the TV series, Shanghai Bund. You can practically smell the blood before the bloodshed even begins!

"Between gangs, there will never be a brotherhood. What never changes, are the rewards you reap. The only way you can climb to the top, is to conquer all those at the bottom."

The Game Changer is a 2017 action film, set in 1930s Shanghai in the backdrop of a massive gang war. A throwback to old, Heroic Bloodshed cinema made popular by directors like John Woo, the movie pays homage through its action scenes, stories of brotherhood, power struggle among the triads, and doomed romance which often happens in these kinds of movies.

Fang-Jie and Li Zi-Hao are both men with complicated, interesting pasts, Fang-Jie being one of the youngest hitman in Shanghai who made a name for himself at an early age, while Zi-Hao is a former political dissident member imprisoned for years. After Fang-Jie returns to his Godfather and master Boss Tang, he ends up meeting Zi-Hao again under the most unlikely circumstances.

Do NOT confuse this with the Netflix documentary of the same name.

The Game Changer contains examples of: