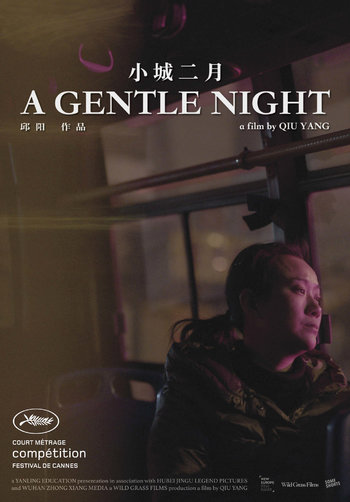 A Gentle Night is a short film (14 minutes) from China, directed by Qiu Yang.

It centers on a worried mother named Cai Zhuo. Her daughter Ding Lin, 13 years old, never came home from school. Cai is frantic over the child she affectionately calls "Linlin". The police seem to think that Linlin is a runaway and Linlin's father, Cai's husband, doesn't seem all that worried. Left to her own devices, Cai searches for Linlin. She soon hears some terrifying news.